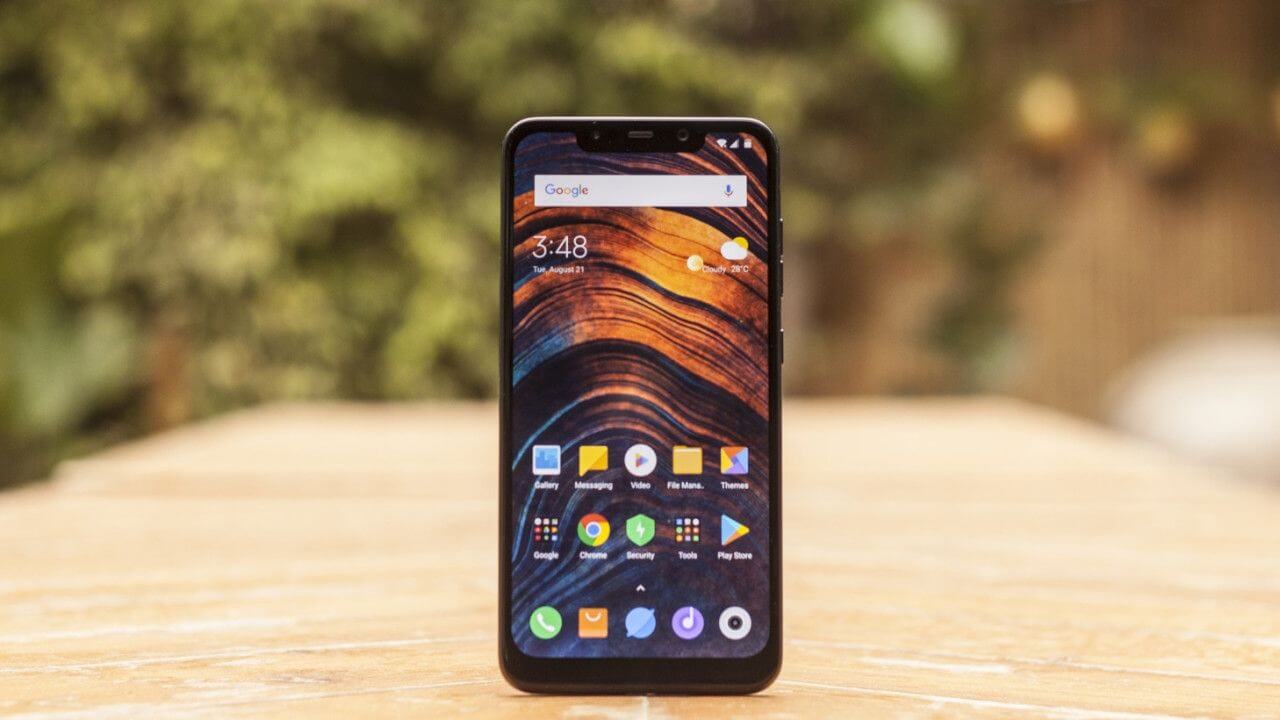 Poco F1 was launched in the Indian market in August 2018. The smartphone left everyone astonished due to the price point at which it was available. One of the reasons for the stir created was due to the amazing specs that Xiaomi had to offer. The base model was priced at Rs 20,999 going all the way up to Rs 29,999.

I bought the Poco F1 almost after a year of its launch in August 2019 for Rs 18,999. It’s been six months since I have been using this phone and I would like to share my views and opinions about the same.

Let me begin by telling you a few things about myself. I am the clumsiest smartphone user you will ever meet. All my smartphones break within months of use and they are almost always running out of charge. Having said that, hear me out on how my Poco F1 is surviving with me.

Beginning with the battery, Poco F1 offers a 4000 mAh battery with fast-charging, which is a must for me and for pretty much every smartphone user. As I mentioned earlier, my phone is almost always running out of battery.

However, in my six months’ experience with Poco F1, one thing I am sure about is the fact that the phone offers amazing battery backup. There have been countless scenarios where I would charge my phone for just half an hour and it would charge up to 50%. Sometimes, in a blue moon, when I do charge my phone up to 100% it easily lasts me a day.

The battery saving option on the phone also works pretty well. 6-7% of the battery would easily last me an hour if I am not actively using it.

Let’s move on to the performance of Poco F1. The phone is “SmoothAF” just like the tagline for Poco X2. There are times when I am shuffling between 4-5 apps at the same time. The transition between the apps is very smooth which according to me is due to the fact that Poco F1 features such a high-end processor (Qualcomm Snapdragon 845). The updates on the MiUi-laden android are also available quite frequently. There are times when I don’t update the software immediately which does lead to the slow functioning of the phone. 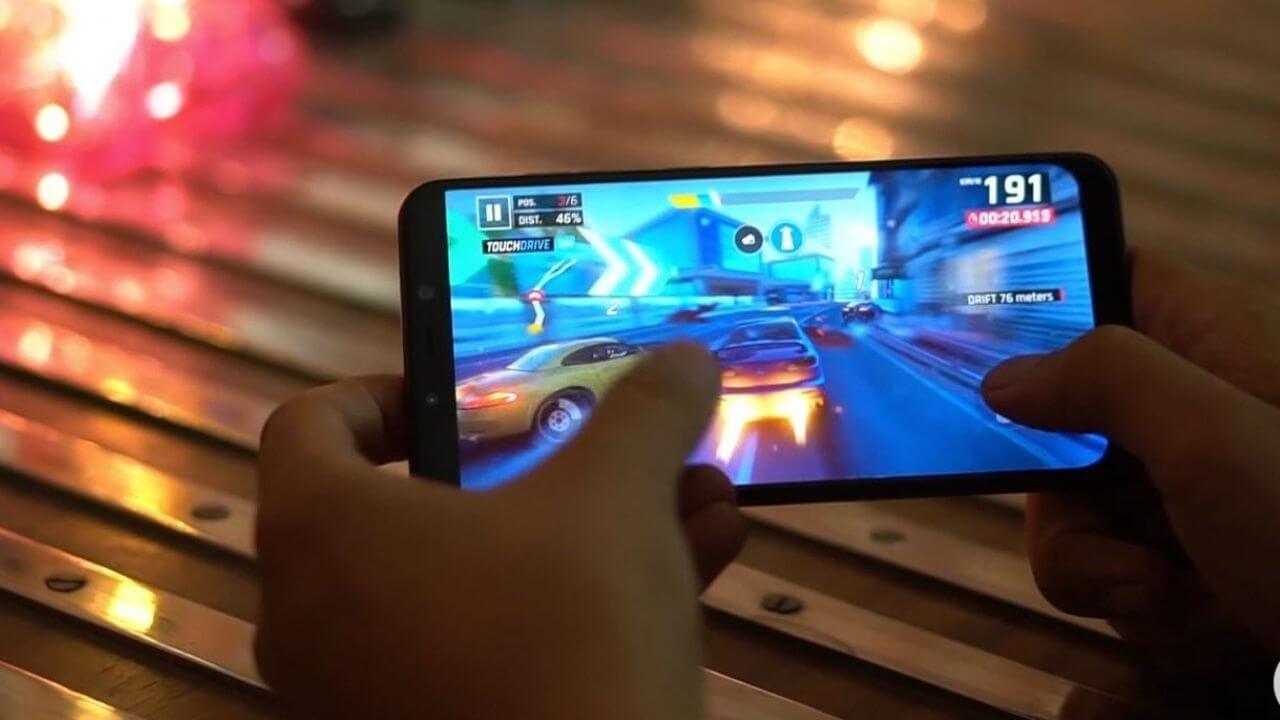 The phone doesn’t heat up even after extensive use which is due to the Liquid Cooling system. Though I don’t play a lot of games, I do watch a lot of movies and videos. I have never faced any heating problems in Poco F1 due to extensive streaming.

One thing that I really like about the phone is the way the software automatically sorts the downloaded apps in different categories. I find this feature very practical as I can easily access the apps by tapping into a particular category instead of fussing around looking for a particular app. There are categories available like Gaming, Entertainment, Shopping and many more. However one of the drawbacks is that sometimes the software is unable to recognize the suitable category for a particular app.

I personally do not prefer putting face recognition unlock on my phone. I think that it is not as safe as fingerprint scanning. The fingerprint reader on the phone works amazingly fast and is placed just in the right position (just below the back camera).  However, I did use face recognition unlock initially and noticed that it is really fast in recognizing and unlocking the phone. While it might be an advantage for some, I don’t like this feature because anybody can possibly unlock my phone with a photo, especially smart teenagers.

The design of the phone is one of the things that sets it back in comparison to Samsung or any other leading high-end brand. Poco F1 has a plastic body that is not as classy as the glass or metal body that is offered by most of the smartphone brands. As I earlier mentioned, I drop my phone a lot and glass bodied phones, which are so much in trend, would have definitely been a bad choice for me. 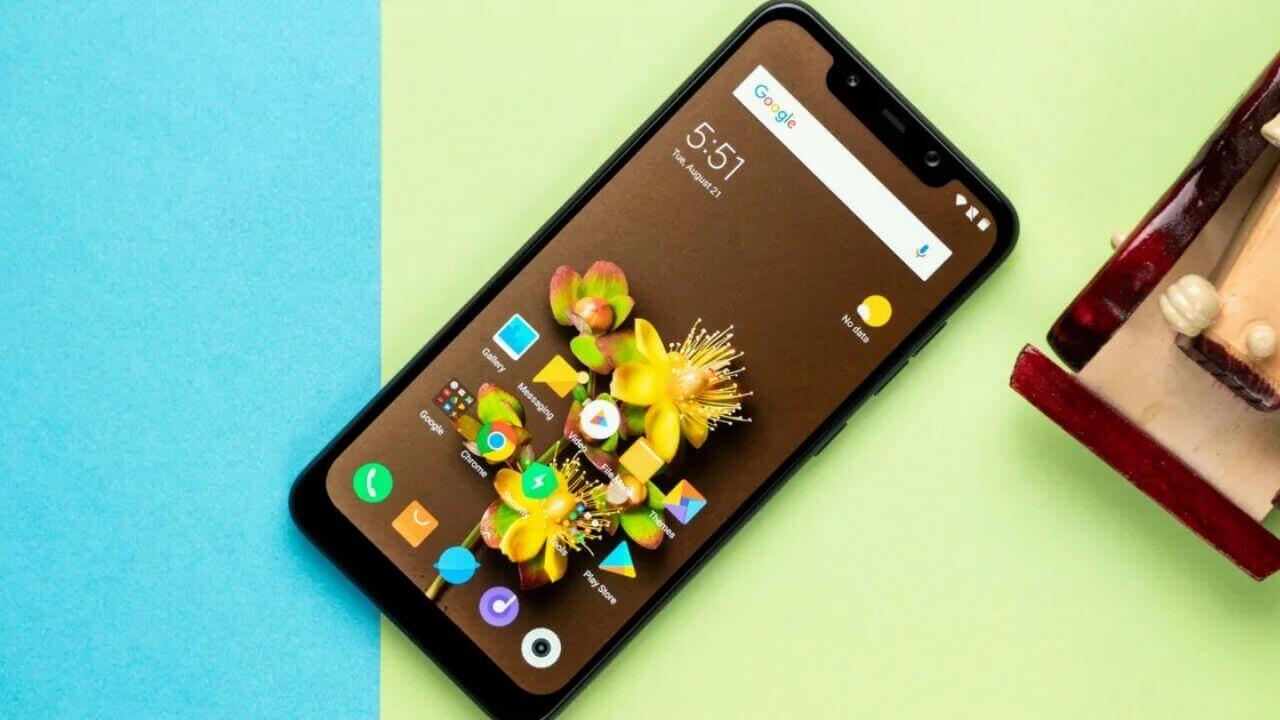 Having said that, I do believe that Poco doesn’t look as aesthetically beautiful as I would want my phone to look. I still believe that the plastic body is a better trade-off for me as there are virtually no chances of breakage. However, it is very easy to get scratches on the plastic body of the phone. Just in six short months of usage, the body of my phone is scuffed all around the edges.

Poco F1 does feature thick bezels at the top and bottom of the phone as compared to the thin bezels on the sides of the screen. I personally don’t like thick bezels as it makes the phone look structurally uneven. The bottom bezel has an LED that lights up when one receives a notification and also when the phone is being charged. However, I would have liked the LED to be more bright as sometimes it is barely noticeable. Especially when I am in a well-lit room or outdoors in the sun I have to look very carefully in order to see the blinking LED light.

Poco F1 has a huge notch which is something that people are usually skeptical about but it doesn’t really bother me. It does contain an earpiece, front camera, and IR Emitter and uses the space well. Also, the phone has a hybrid sim card and SD card sim tray which is not one of the features I like, since I would like to be able to use two sim cards and an SD card simultaneously. Recently, I went on a vacation where it was necessary for me to operate two sims and thus I had to remove the SD card. Since I removed the SD card I couldn’t click many pictures as there was no free space left on my device.

The screen of the phone is protected with Gorilla Glass 3. Unfortunately, screen protection on this smartphone is not very solid and an extra layer of tempered glass is a must to keep it safe. I say this because I did drop my phone more than once without any tempered glass protection which led to many scratches on the glass.

It features an IPS LCD screen. The color contrast on the phone can be changed according to personal choice. One can also switch to the reading mode which makes the color of the display warmer allowing the eyes to relax. Since I am an avid reader, I do appreciate Poco for incorporating this feature. It definitely causes less strain on the eyes while reading.

According to me, the camera of Poco F1 does a decent job. The phone features a dual-camera setup at the back with a 12 MP primary camera and a 5 MP secondary camera. The camera does a decent job keeping in mind the pocket-friendly nature of the phone. I like the fact that the different modes are lined side by side and can be changed by swiping right or left. 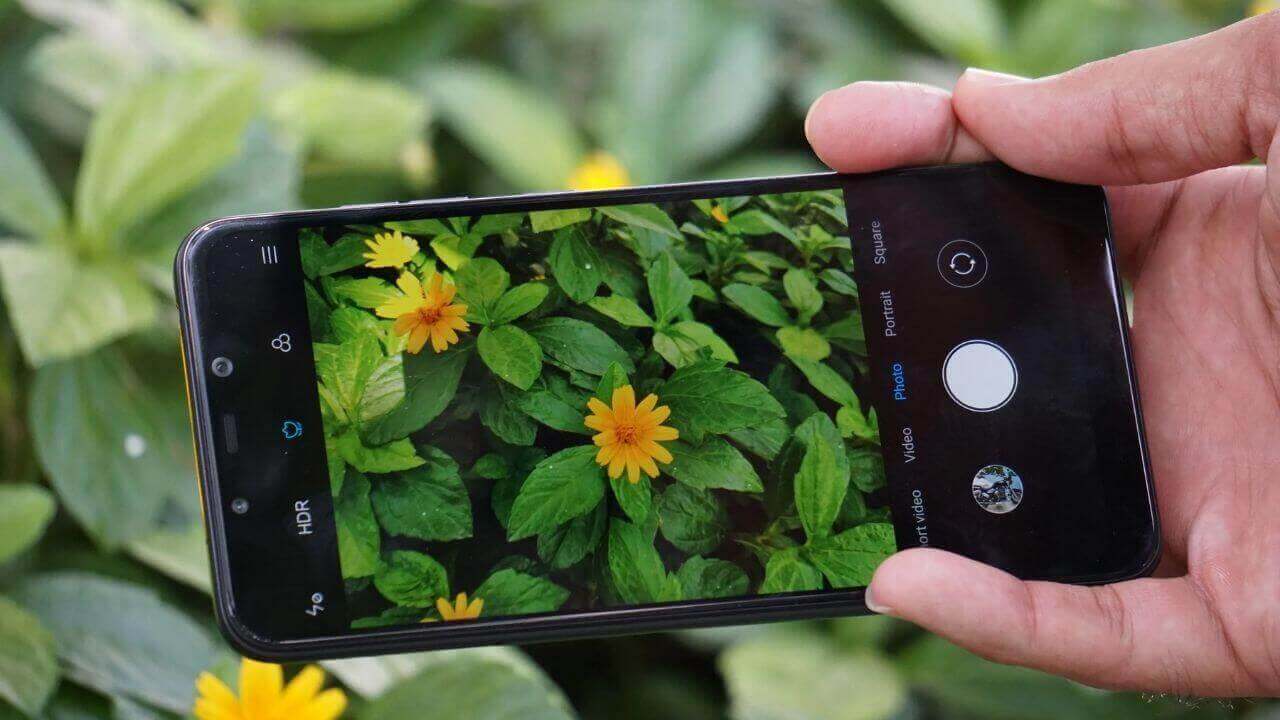 The phone features a 20MP primary camera at the front. I like clicking pictures that are untouched by software and can be edited later using various filters that are available on the phone. The camera of the Poco F1 doesn’t necessarily beautify pictures, rather giving an option to smoothen them with the beautification option later.

I have used all the different options that are available on the phone from Panorama to Time Lapse and I have not been disappointed. The camera of the phone definitely doesn’t match the best in the industry but it does click pleasant pictures. I am satisfied with the camera quality but if you want the best out of the rest then it might not be the phone for you.

There is no denying the fact that the Poco F1 offers really great features and is a value for money product. From the battery backup of the phone to the “Smooth AF” processor and from Liquid Cooling to the Camera Quality I am glad that I bought this phone.

However, one thing that I don’t like is the design of the phone. But I swallow my pride and work with it because it offers me all the other features that I desire in a phone. If sleek, glass sandwiched phones are your thing then the Poco F1 might not be the best choice for you. The phone is not aesthetically beautiful but it is definitely strong built. Anyway, we all hide the beautiful designs of our phones by putting them in chunky plastic or silicon covers.

The phone is now available in the Indian market for only 14,999, in case you wanna go and grab the amazing deal. Poco has left everyone in awe with their Poco F1 and hopefully will achieve the same with Poco X2 which launched in India on 4th February 2020 and goes on sale on the 11th.