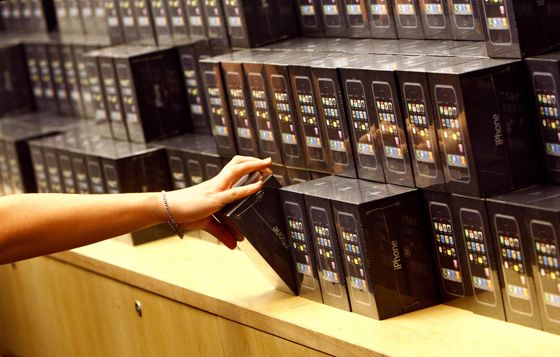 Millions of people get iPhones throughout the year. But not everyone pays the same price for the same phone. Depending on when you decide to make your buying decision, prices on new iPhones can vary.

A major advantage with getting a new iPhone now is that Apple has just unveiled the newest iPhone XS, XS Max and XR. So whatever iPhone you get, it won’t be pushed back another generation for another year. But that is not the prime reason. The major reason to get an iPhone now is because the market is booming right now with unbelievable, mouth watering deals like never before.

Now, these deals are only limited to India but with Black Friday and the Holiday season on the horizon, great bargains are going to pop up globally.

Starting with the best deal, Amazon is selling the iPhone X for a cool Rs 70,000. Club this with the SBI Credit/Debit Card cashback and you can get the phone for as low as Rs 63,000. That’s an amazing price for a phone that is almost entirely similar to the latest iPhone XS which costs Rs 37,000 more. What’s more is that this is an excellent deal for potential customers of the iPhone XR because the iPhone X is arguably the better phone out of the two.

Moving down to the budget spectrum, the iPhone 7 32GB can be had for a mouth watering Rs 29,500 on PayTM Mall when you combine all the offers on board. You will need an ICICI Bank Credit/Debit Card though, but even without it, the phone can be had for a decent Rs 32,000. Similarly the iPhone 7 Plus 32GB and iPhone 7 128GB would set you back around Rs 40,000 each which are just crazy good deals. Do hurry up though, because prices fluctuate a lot on PayTM.

Buy iPhone 7 Plus on PayTM

If you’re looking for a great bargain but want something better than the iPhone 7, PayTM is also having great deals on the iPhone 8. The iPhone 8 64GB can be had for a jaw dropping Rs 43,500 and the Plus variant for Rs 55,500. Now we would definitely recommend you to stretch your budget a bit and get an iPhone X from Amazon instead of the 8 Plus but it’s your call.

Buy iPhone 8 Plus on PayTM

For people looking for a budget option, well PayTM has hooked you up as well. The 32GB iPhone 6S can be had for a cool Rs 20,500 right now which is a good way for someone on a budget to jump over to the iOS Ecosystem.

Amazon is also selling the iPhone 6 at an amazing price of Rs 19,000 and while the phone is old, it can still hold it’s own, especially after the iOS 12 Update sped things up!

Flipkart has not revealed their deals at the moment but have been teasing the best prices on the internet come 11th October. We don’t know if they would be able to hold up on this promise because Flipkart has been notoriously known to run out of stock in a matter of seconds whenever they have a good deal.

As of now, all of these deals are live so think fast, get that credit card out and celebrate the beauty of consumerism!

Samsung leaks the Galaxy Note 8 on it’s own website!