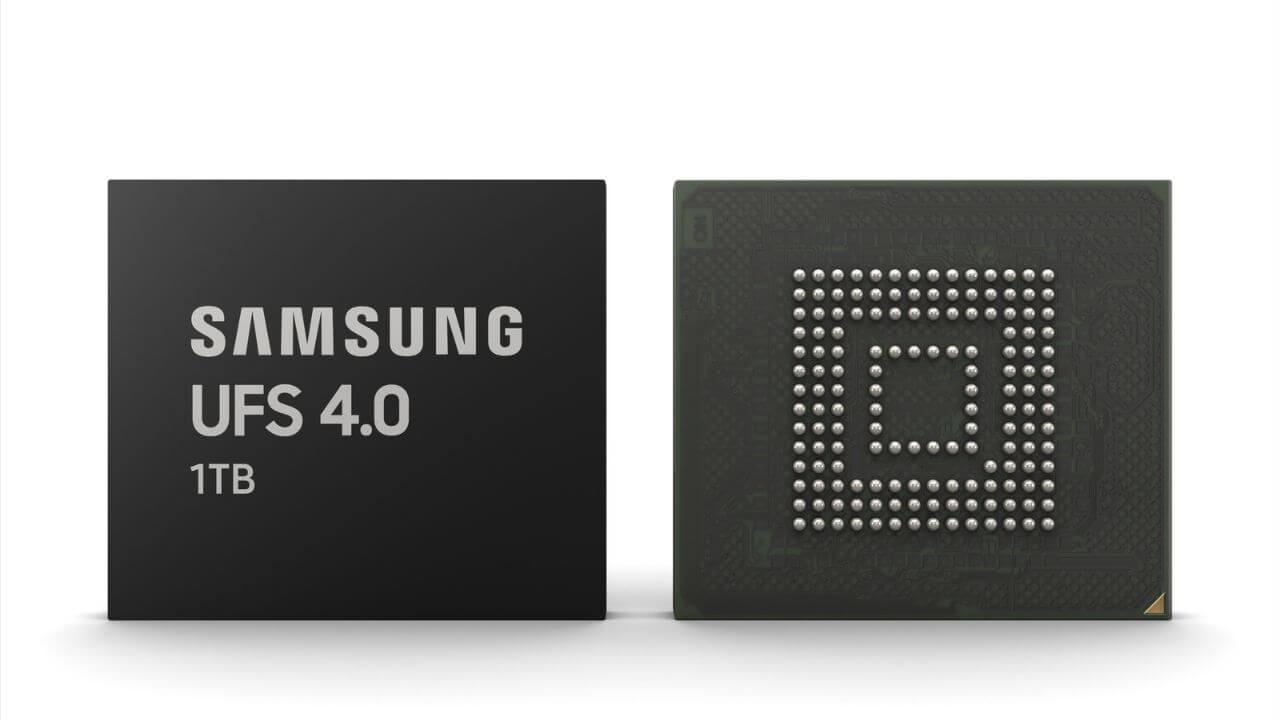 UFS, Universal Flash Storage has become widely popular among Android smartphones for a long time now. Previously, UFS was limited to flagship or higher-end mid-range phones. With time as the technology has become cheaper and much more affordable, it has replaced eMMC across some budget as well as affordable mid-range devices as the flash storage of choice. Introduced back in 2020, the UFS 3.1 is the fastest storage solution available for Android devices. But, brace yourself for a massive update. Yes, UFS 4.0 is onboard.

The official Twitter account of Samsung Semiconductor announced UFS 4.0, the next upgrade of Universal Flash Storage. UFS 4.0 announces big performance improvements over its predecessors. Let’s not forget that the UFS 4.0 offers speeds of up to 23.3Gbps per lane, which is twice as fast compared to UFS 3.1’s 11.6Gbps speed.

BREAKING: Samsung has developed the industry’s highest performing Universal Flash Storage (UFS) 4.0 storage solution, which has received JEDEC® board of director approval. What is UFS 4.0 and what does it mean for the future of storage? Read on to learn more. pic.twitter.com/4Wxdu0J2PD

With UFS 4.0, read and write speed will see a big boost as Samsung promises sequential read and write speeds of up to 4200 MB/s and 2800 MB/s. Thanks to Samsung’s 7th Gen V-NAND and a proprietary controller, it will be all possible now. On top of that, the UFS 4.0 offers 46% improved power efficiency over the previous standard.

While this flash storage is aimed at smartphones, it is very much possible that it will be adopted by AR, VR, and other automotive applications.

As a result, it will be far easier to transfer large chunks of data like 8K videos, 108MP pictures & more. Moreover, it opens up the possibility of next-gen Android games which can use bigger graphic assets. Paired with the next-gen RTX powered SoCs, this could be a game-changer in the smartphone industry.

Moreover, the next-gen UFS will be smaller and capable of storage capacities up to 1TB. As a result, we’ll be seeing more flagship smartphones in 512GB and 1TB capacities.

Samsung expects the UFS 4.0 chips to be mass-produced in Q3 of 2022. So, we could possibly see them in the next year’s flagships like the Galaxy S23 series.