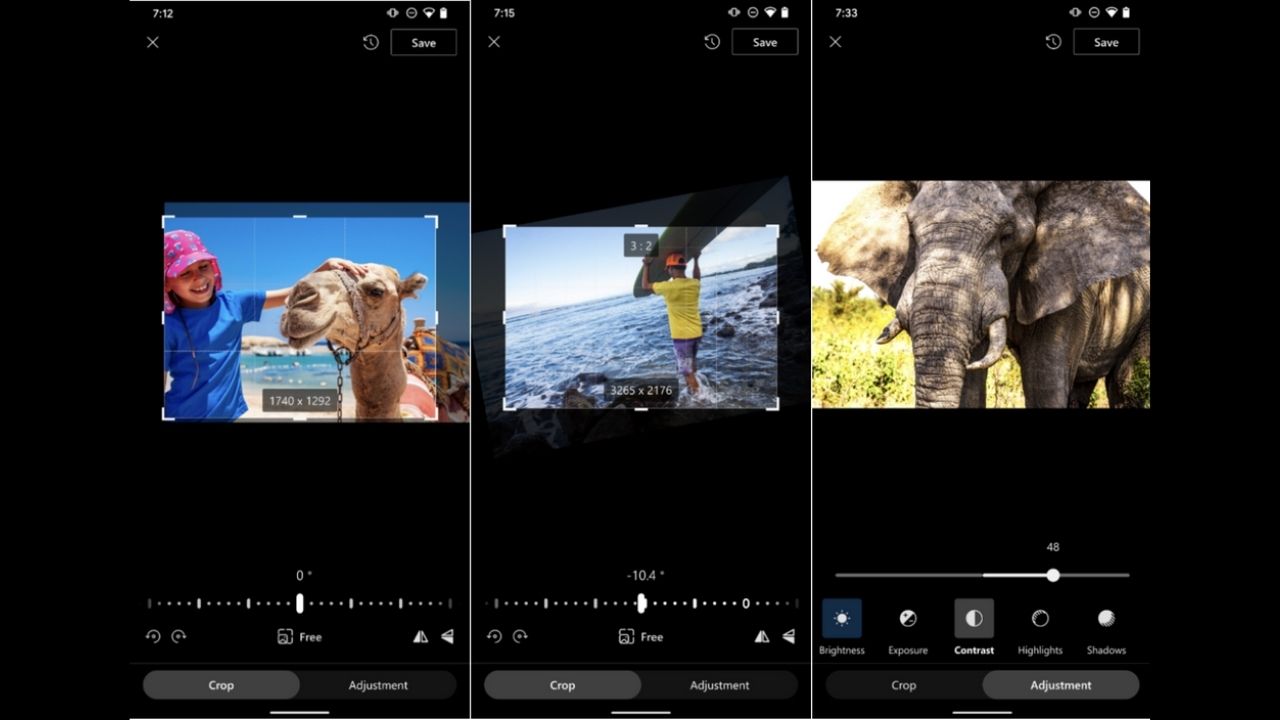 Microsoft has added new features to OneDrive bringing it closer to Google Photos. Apart from the basic cloud drive backup and sharing features, you can now edit and crop your pictures right in OneDrive. You can also organize & view your photos on OneDrive by using time filters.

Microsoft has also announced more plans to add more functionality to the OneDrive in the coming months. At the same time, they’ve put user privacy in the limelight by focusing on how Microsoft does not scan user data like photos, files and other personal content for advertising without user permission.

Here’s a quick look at the new features of OneDrive:

This feature also allows you to tinker with the exposure, contrast, shadows and highlights along with basic color saturation tools.

Once you’re done editing your pictures, you can either overwrite the original picture or save a copy of the edited picture. What makes it so interesting is what if you’ve accidentally overwritten the edits on your original file. Thanks to saved version history you can always recover it with a few clicks.

As of now, these features are rolling out for OneDrive Web and OneDrive for Android. Microsoft plans to release the same for iOS devices later in 2021.

Also, the photo editing features are meant for personal accounts only. Microsoft plans to release these for school and work accounts this summer.

Apart from editing photos online, you can also cast your OneDrive photos and videos to a Chromecast supported display like a TV. So, no need to go to a different app to enjoy pictures, you can simply click on the Chromecast icon and select the target display.

A lot of users add media to OneDrive from different folders which includes pictures from WhatsApp groups or camera apps or even screenshots. Once uploaded, OneDrive will automatically organize these pictures according to their source folders. A user can also organize images by date, month, or year. Thus, making it easier to find stuff online.

Now you can also add time filters while searching images. Don’t remember the exact date of a picture you’re trying to find? No worries. Just add a time range filter and OneDrive will show you the pictures taken during that time period.

Also read: How to transfer photos from Google Photos to iPhone Gallery