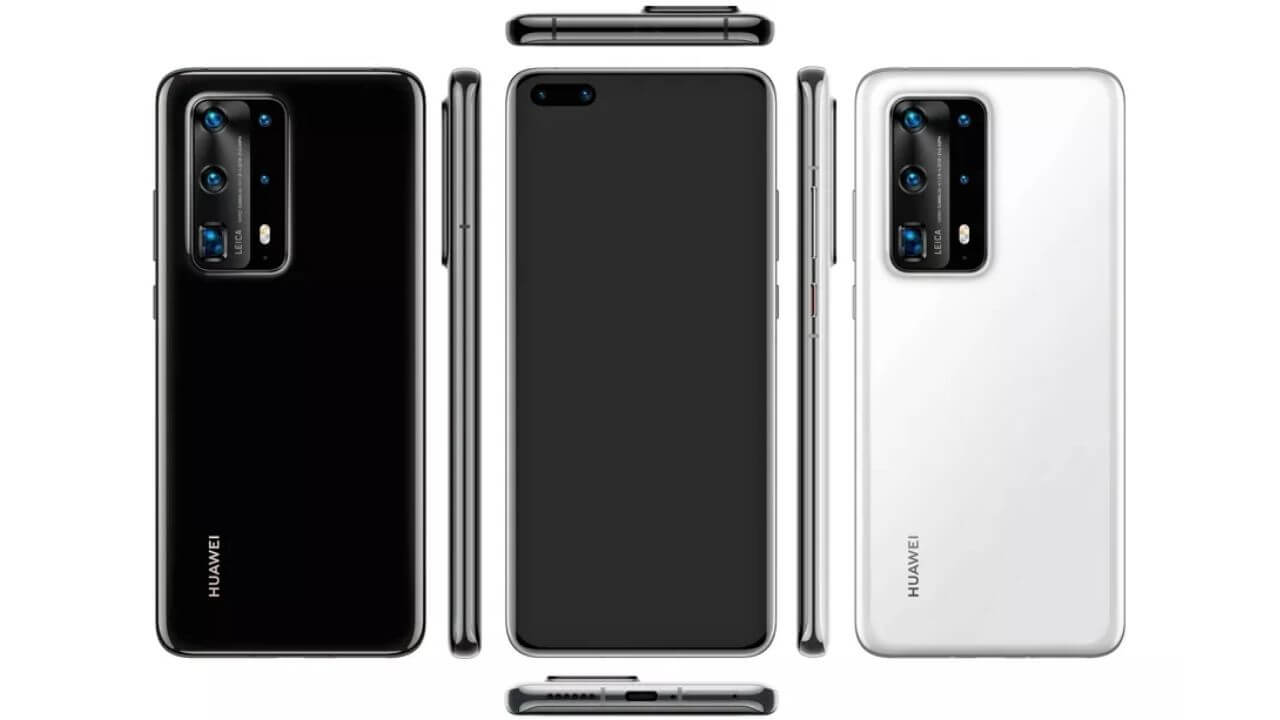 The latest renders from Tipster Evan Blass revealed a few images of the Huawei’s next flagship phone. His tweet suggested that Huawei P40 Pro will have a ceramic build, similar to Samsung Galaxy S10’s design. And, it seems the front glass and back panel will be curved on all four edges.

Huawei P40 series will feature a notch-less display with a hole punch cutout for two selfie cameras. Also, it’s suggested that Huawei P40 Pro will have an enormous 6.5 or 6.7-inch screen, with in-display fingerprint scanners.

A render also showed that Huawei P40 Pro will come in five color options, including Bluish Gold, Ice White, Silver Frost, Deep Sea Blue, and Black finish. Huawei’s flagship would be powered by HiSilicon’s latest Kirin 990G chipset. And, the phones will ship with Android 10 out of the box. But, they’ll not offer any of the Google services,  just like Huawei Mate 30 Pro.

Camera quality is a great selling point of Huawei’s P series, and we will get to see more of that in 2020. The most striking design feature revealed in the leaked images is the giant camera bump housing five lenses, including a periscope-style telephoto camera with 10x optical zoom. An image showing a close-up of the camera reveals the sensors will be by Leica, which is the tradition for all Huawei flagships.

Another leak from a Chinese publication suggests that the Huawei P40 Pro will be furnished with a 52 MP sensor. Reportedly, it would be a custom Sony sensor, 1/1.33 inch in size.

The power and volume buttons are on the right edge, with the left sides and top essentially left blank. There are a USB-C port and speaker on the bottom, with no headphone jack.

Huawei had announced the last two P-series flagships in Paris in March. So, this year too, we might expect Huawei P40 Pro to launch by that time.

Anker’s new 120W USB-C charger can charge a MacBook Pro, a Dell XPS, an iPhone, and an iPad. All at once.