Mi Box 4K: All you need to know 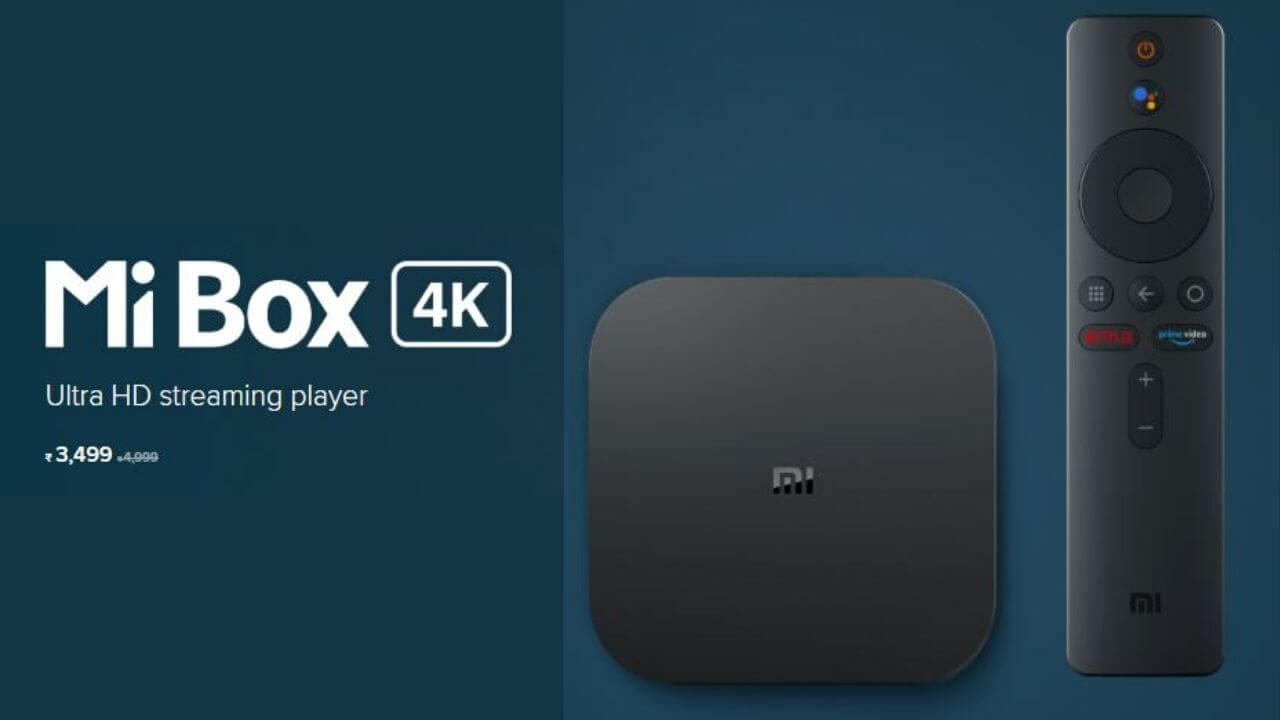 Xiaomi has released its Android TV-powered streaming device in India called the Mi Box 4K on May 8, 2020. Besides this, the company has also announced the Mi 10 5G smartphone and Mi True Wireless Earbuds 2 at the same online launch event. The Mi Box 4K is an Android 9-powered streaming box that connects to your existing TV, both conventional and smart, via HDMI cable. Xiaomi says it has developed the Mi Box 4K to turn any regular TV into a smart one, just like the Amazon Fire TV Stick 4K. This streaming box from Xiaomi is a viable option for people who’re looking to upgrade to a smart TV without having the need to buy a new one. 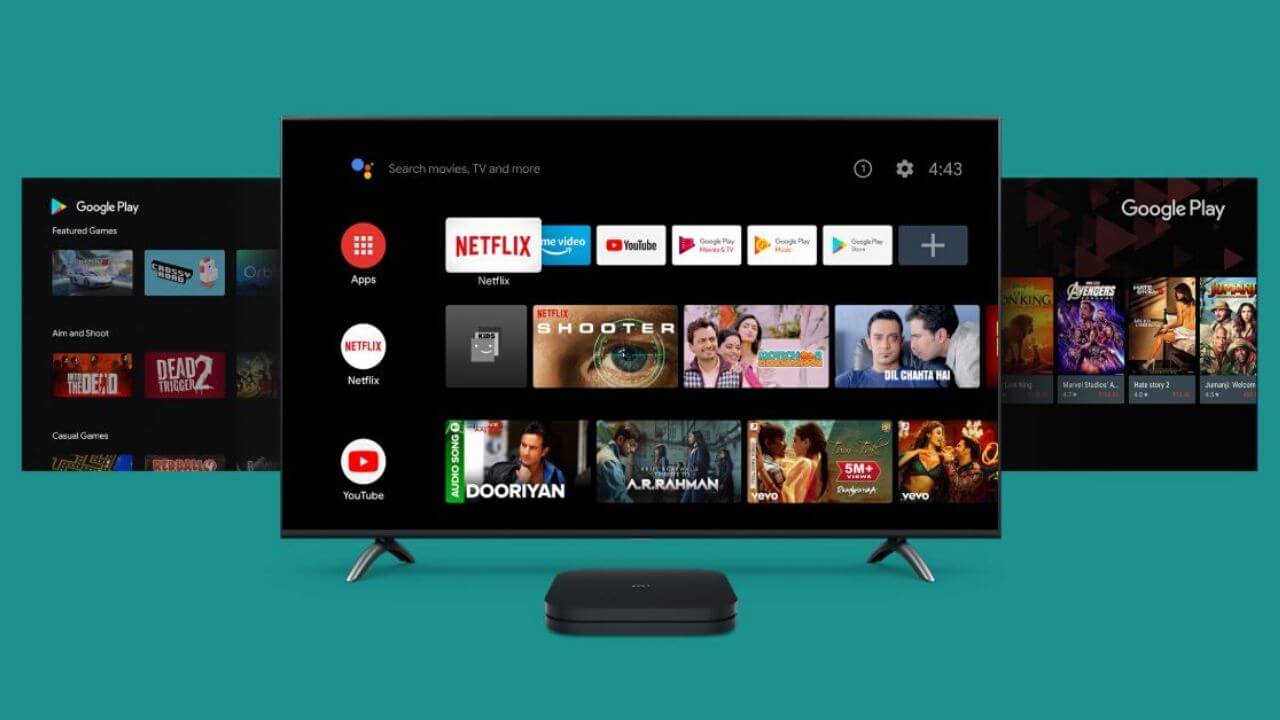 The Mi Box 4K is powered by a Cortex-A53 64-bit quad-core Amlogic processor paired with 2GB RAM, 8GB internal storage, and a Mali-450 GPU under the hood. Xiaomi has stripped off its PatchWall UI and chose the standard stock Android TV interface. It runs on Android TV 9.0 and offers over 5,000 games and apps, plus access to the Google Play Store. The list of preloaded streaming apps includes Netflix, Amazon Prime Video, Disney+ Hotstar, and YouTube.

This streaming box offers up to 4K streaming on the supported platforms, along with the HDR10 format for better color contrast and saturation. The company says that the Mi Box 4K has the ability to dynamically adjust to all types of TV screens, HD, FHD, and UHD to offer the best experience to its viewers across all the resolutions. Plus, the device is capable of streaming 4K 60fps content on ultra-popular platforms like Netflix, YouTube, and Amazon Prime Video. In addition, there’s support for the HDR10 format for the content available on Netflix and Amazon Prime Video. However, the Mi Box 4K does not support Dolby Vision, it offers Dolby Audio and DTS 2.0+ for audio output. 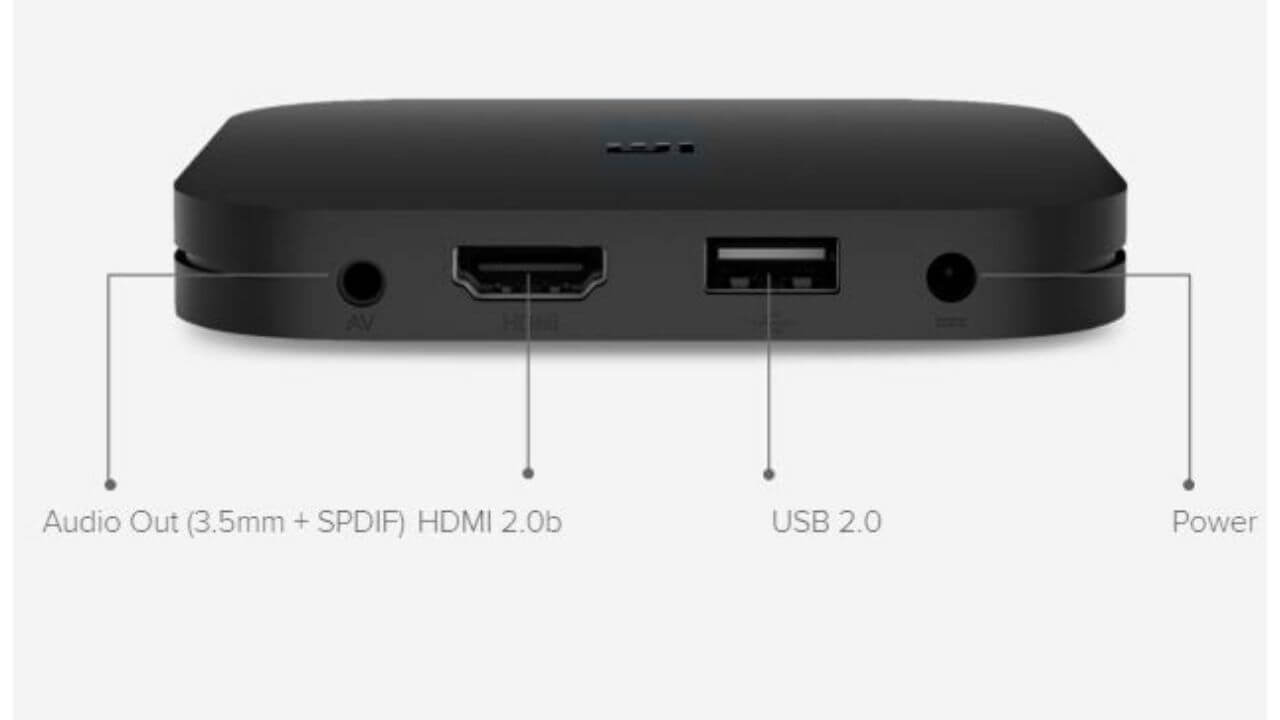 In terms of connectivity, there’s an HDMI 2.0b port that connects the Mi Box 4K to the TV, a USB 2.0 port that allows the device to be used as a local media player, and a 3.5mm audio out port. The device supports a wide range of audio and video formats, plus there’s built-in Chromecast Ultra to cast content up to 4K resolution. The users will also be able to connect wireless headphones via Bluetooth 4.2. The installation of the Mi Box 4K requires a simple three-step process:

It comes with a minimal design remote control that looks a lot like the one that comes with the Mi TV. It has a power button, a dedicated button that brings up the Google Assistant, two hotkeys for Netflix and Amazon Prime Video, along with the volume controls.

Xiaomi’s streaming box also supports Google’s Data Saver technology that’s advantageous to people who use their mobile data via hotspot to watch content on TV. This feature claims to offer up to three times more content streaming and also allows the users to set up the TV using a Mobile Hotspot. It also shows up data alerts that help the users to better monitor how much data they’ve consumed while watching the TV.

Xiaomi has launched the Mi Box 4K at an official MRP of Rs 4,999, but right now, it’s available at Rs 3,499. On the other hand, its direct competitor Amazon Fire TV Stick 4K is available at Rs 5,999 in India, and you can get the 1080p version at Rs 3,999. The Mi Box will be available on Mi.com, Mi Home stores, Mi Studio stores, and Flipkart starting at 12 PM on May 13, 2020. Xiaomi has partnered with HoiChoi, Docubay, Epic, and Shemaroo to bring some exciting deals for the buyers. The streaming device will soon reach the Xiaomi’s partner offline stores.