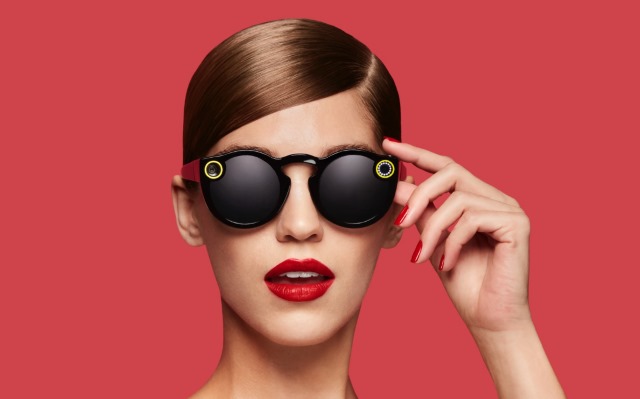 As their offerings now go beyond the Snapchat app, the company has changed its name to Snap Inc. Snapchat – I mean, Snap Inc. is set to release ‘Spectacles’, its first hardware product. These smart glasses can record videos in 10-second increments by push of a button on the top left-hand corner of the frame.

Spectacles are sunglasses with camera, which record circular videos for up to 30 seconds from the wearer’s perspective. These camera-equipped glasses use a 115 degree angle lens that resembles the natural field of view of the human eye. Each tap of a button mounted on the frames record another clip. There are little lights on the inside and outside of frames to alert the wearer as well as anyone around that the camera is recording.

The snaps that are recorded on it can then be transferred to Snapchat memories over WiFi or Bluetooth, depending on your device, to a nearby phone. Spectacles can also be used as a standalone device – where you can store the snaps until you’re near a phone.

Spectacles will be available in one size on a limited basis. They’ll come in three colors – black, coral and teal, and will cost $129.99 approximately.