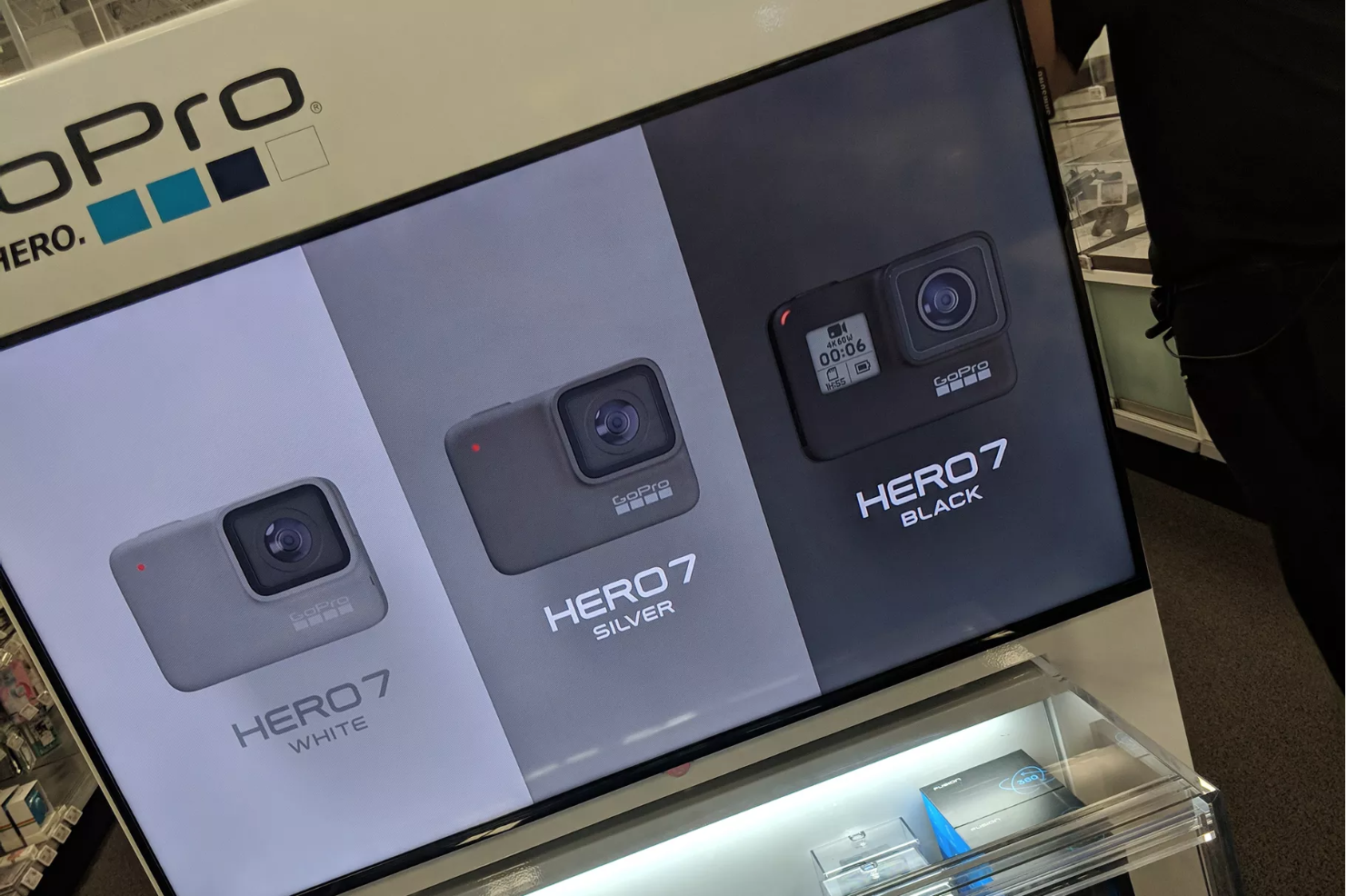 As the whole Tech Industry is taking part in the “Leak Parade”, GoPro has decided it won’t be left behind and stepped forward. The GoPro Hero 7, expected to be unveiled next month, just got leaked by an official in-store display. A redditor posted the pictures of the display on a reddit thread.

From what we can deduce from the visual, the GoPro Hero 7 will come in three colours- silver, white and black. It will have some features from the previous iterations like image stabilisation and water resistance upto a depth of 33 feet. As with the GoPro Hero 4, a couple of models look like they’re not going to feature a front facing screen.

GoPro has had it pretty rough in the past few months. They had to completely withdraw from the drone market and even cut down on their own lineup to reduce it to just 3 models. This cutting down has sure worked though, because GoPro finally reported the last quarter as profitable.