The dilemma on using Samsung Smartphones 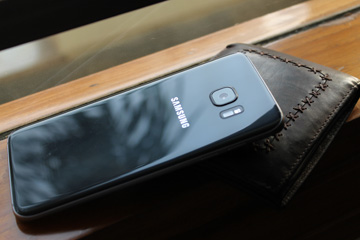 I have a very old and almost nostalgic bond with Samsung. My first Android smartphone was an HTC Desire S and boy, did I love that phone! One day, however, I was browsing at a store and my eyes fell on the Galaxy S3. I kid you not, I was blown away. The display was unlike anything I had ever seen and that combined with the unique curvy design set to become one of the moments that propelled me into this world of technology.

I have been using Samsung smartphones on and off ever since. I bought the S3, loved it. Bought the S4, but returned soon enough because the HTC M7 was much better. Used every Note device since the Note 2. Last year’s S7 Edge is my favourite Samsung phone of all time, partly because it had amazing battery life and partly because it was the first iteration where I saw the infamous Samsung lag diminish.

Even today, I use an S8 and a Note 8 extensively. Sometimes as my daily drivers. The thing about Samsung is, they make some of the best and most premium hardware on the Android camp. No Android phone comes close in departments like build quality, design and ergonomics(except the Essential Phone, which is pretty much the holy grail of smartphone design minimalism).

The thing with Samsung smartphones is, once you start using them, it’s very easy to fall in love. There is usually a lot to like. But after sometime, the ugly lag creeps into the user experience and before you know it, it turns from a minor irritant to a major dent in the user experience. It is upsetting how Samsung, the biggest seller of Android smartphones, has still not figured out how to get rid of this lag.

The UI is just infested with general slowdowns and sluggishness. Use a Galaxy S8 and a stock Android device like the OnePlus 5T or the Pixel 2 side by side and the difference is obvious.

Let’s hope that Samsung fixes this issue with their next generation of smartphones, the Galaxy S9 and Note 9 and we finally get the premium, all round hardware and software experience that Samsung promises.

All you need to know about M1 iMac