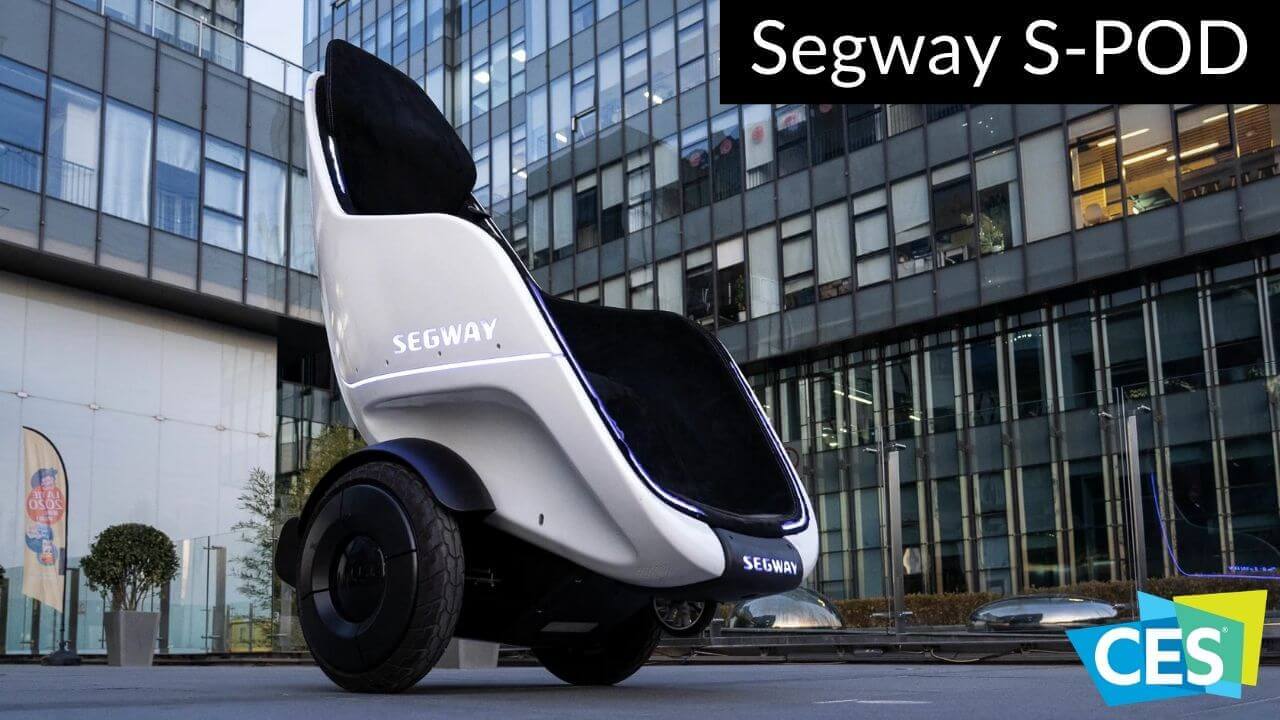 Segway-Ninebot, best known for its electric scooters, recently debuted an egg-shaped prototype wheelchair called S-Pod, at CES 2020. The S-Pod has a mind-boggling top speed of 24 mph and looks rock-solid despite sitting on just two wheels. The design of Segway’s S-Pod is inspired by the geospheres in the film Jurassic World. The prototype wheelchair received enormous media attention for its design. Also, many people have compared this transporting-pod to the hover chairs in the animated Pixar film War-E.

Segway’s wheelchair is designed to be driven in confined spaces such as airports, campuses, and theme parks.

Segway’s S-Pod is a self-balancing electric wheelchair, so there’s almost no learning curve to ride it. You need not find your balance as the prototype wheelchair has a joystick on the right side of the seat. To go forward, push Forward; for reverse, push Back; and to spin in place, push to the Left or Right. You can turn left or right by moving the joystick between 10 and 11 o’clock or 1 and 2 o’clock, respectively. Despite being a heavy piece of equipment, S-Pod is relatively swift.

Sometimes things can go wrong with even the best prototypes, the same happened, with Segway’s S-Pod. The prototype wheelchair crashed at the tech show while a journalist was testing it. The joystick came loose, and the S-Pod crashed into the wall. But, fortunately, it was not a great fall, and no one was injured.

Due to the crash, the prototype wheelchair was not available for further demos, but the company did not consider it as a malfunction. The principal analyst at Reticle Research said it’s a sign for the public that the device is very close to its finishing state. Segway’s director of marketing added that their prototype did not have a safety belt, but they intend to add one in the actual model.

Tech shows serve as a great platform for companies to showcase their concepts to a larger audience. But, companies prefer to release the products at their own separate events as they have greater control over the environment.