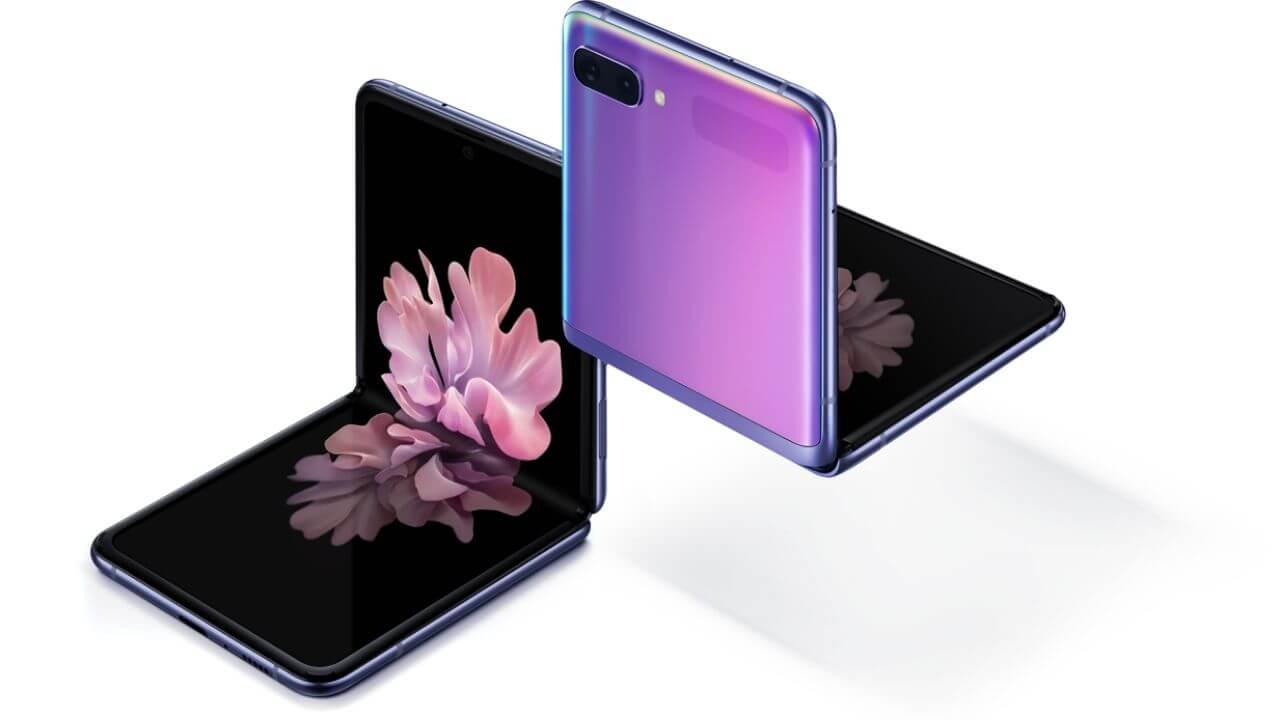 Samsung releases its second foldable phone, the Samsung Galaxy Z Flip, on 11th February 2020 at the Samsung Unpacked event in San Francisco. The phone will be available for purchase in the US and South Korea from 14th February. It is priced at $1380 and is available only in limited quantities as of now. The smartphone is yet to hit the Indian market but can be expected to be available soon.

Not only this, Samsung came together with Thom Browne, an America based Fashion Designer, and created the Samsung Galaxy Z Flip Thom Browne edition. Technology comes together with fashion to create the most perfect design.

Samsung’s Galaxy Z Flip is quite similar to the Motorola Razr in terms of its design. The smartphone features a clamshell foldable design that looks sleek and premium in comparison to Galaxy Fold which was rather bulky. The full-screen phone folds right at the middle and turns into a more compact device that “easily fits into your pocket, bag or accessory”. Z Flip features a 6.7-inch screen and weighs 183g.

“With Galaxy Z Flip’s unique foldable design and user experience, we’re redefining what a mobile device can be, and what it enables consumers to do.”

Galaxy Z Flip is much more refined in its design as compared to Galaxy Fold and Motorola Razr. However, there is still a crease in the middle of the phone and space between the hinge.

The smartphone is available in three different color variants (Mirror Purple, Mirror Black, and Mirror Gold). The phone is glass coated and has an aluminum casing. However, the Thom Browne edition comes in the brand’s signature color Grey with red, white and blue lining going down right in the middle.

The phone features a 6.7-inch AMOLED display with a 2636 x 1080 resolution and 21.9:9 aspect ratio. Since it is a foldable phone there is a visible crease right in the middle of the display. The Galaxy Z Flip features an Ultra Thin Foldable Glass display which is definitely a step up from the plastic display on the original Fold and Razr. The phone has very thin bezels and no notch which definitely makes it more desirable. 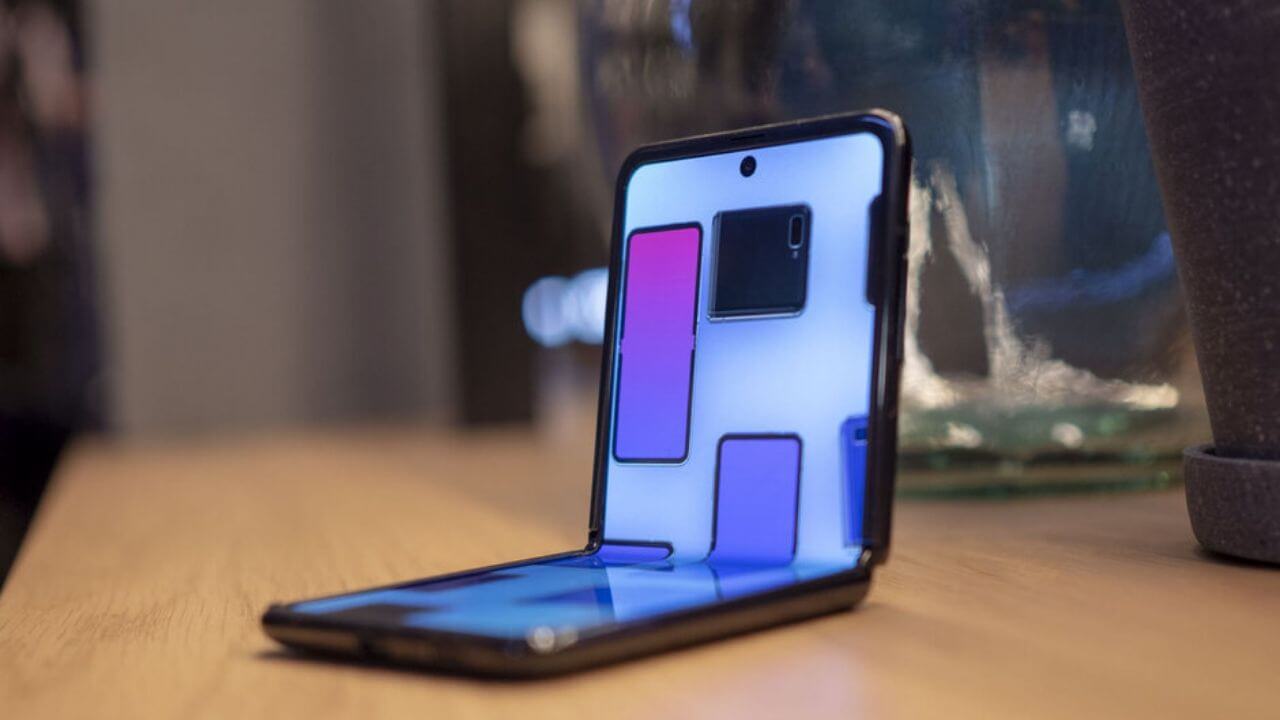 The phone also has a 1.1-inch AMOLED screen right next to the rear camera. It shows the battery percentage, time and incoming notifications when the phone is folded. The hinge on the phone is stiff which allows the user to adjust it at different angles just like a laptop which makes it easier to use. The hinge also has fibers that repel dust and dirt particles from getting into the screen. It ensures the smooth functioning of the phone and protects the ultra-thin glass from getting damaged.

The phone features a powerful Qualcomm Snapdragon 855+ processor. Galaxy Z Flip runs on Android 10 and has 8GB RAM with 256GB internal storage. There is no option available for expandable storage. The phone supports one nano-SIM slot and one eSIM.

Galaxy Z Flip has a feature called “Dual Audio” that allows two Bluetooth devices to connect simultaneously to the phone. The phone has both a fingerprint sensor as well as a face unlock feature. The face unlock feature works only when the phone is unfolded.

Through the Galaxy Z Flip, Samsung has tried to come up with a new perspective on how to shoot a photo. The phone features a dual-camera setup at the back with 12 MP Ultra-Wide camera (f/2.2,) and a 12 MP Wide-Angle Camera (f/1.8, with OIS). Galaxy Z Flip has a 10 MP punch hole camera at the front. The phone features camera modes like Super Slow-mo and Live Focus Video. 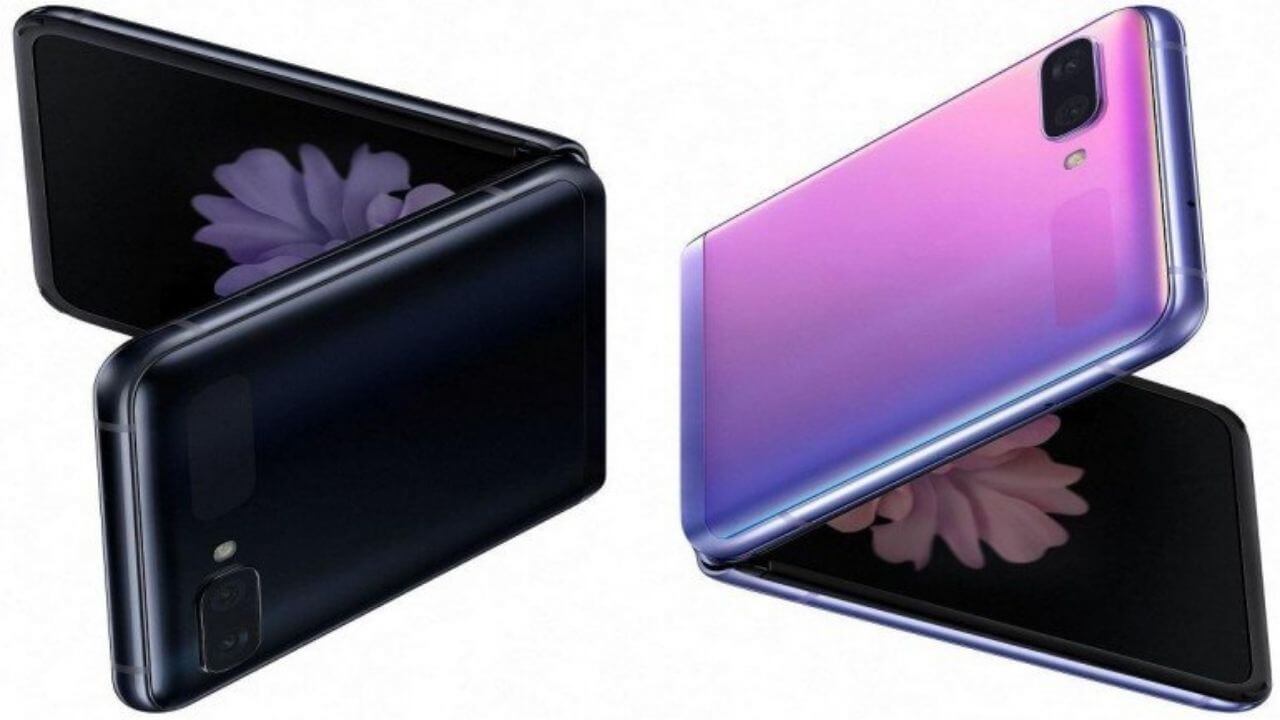 In addition to this, the phone operates as a split-screen when folded. The top part of the screen shows the photos taken whereas the lower part of the phone contains all the controls. Galaxy Z Flip also has a feature where you can create your own custom filters depending on the colors that you like.

With the launch of Z Flip, it seems like foldable phones can become a successful upcoming trend. No official statement about the price or the launch date of the phone in India is made. Pre-booking in India has not yet begun either. For now, the phone will only be available in the US and South Korea. It goes up for grabs on 14th February 2020. Do comment and let me know about the features that seem most interesting to you.

All Wi-Fi 6E Compatible Smartphones in 2022