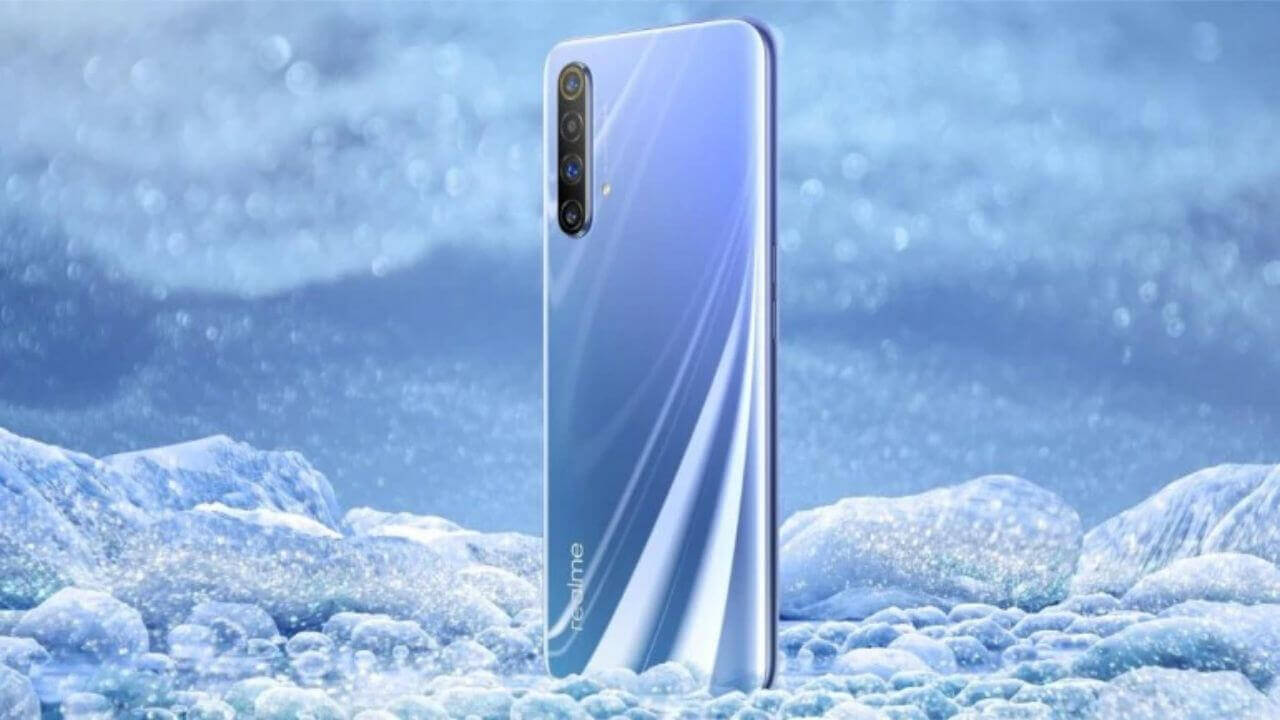 Realme is set to launch its first 5G smartphone with a high-profile model, Realme X50. Also, the smartphone will be accompanied by a Lite variant. The company has released an official render, showing only the backside of the device. The phone will be the latest addition to the company’s X series and looks quite similar to Realme X2, XT, or any other recently launched Realme phone.

At the back, Realme X50 shows a similar highly reflective gradient with a quad-camera setup. As soon as Qualcomm announced the Snapdragon 765G 5G chipset, Realme was the first one to announce that it will use the same chipset. Hence, the prime feature of Realme X50 will be the 5G connectivity, with Standout and Non-Standout network support. Also, the device will support dual-channel Wi-Fi.

The X50 model is said to feature a 6.4-inch 1080p display with narrow-bezels, and a refresh rate of 90Hz. And, the fingerprint sensor is mounted on the power button. The rumors have reported that the device will come with dual selfie cameras, with 32 MP and 8MP sensors. Also, there will be a quad-camera setup on its rear that houses a 64 MP primary sensors, along with an 8MP, a 2 MP, and a 2MP sensor.

The phone will run on Android 10.0 and is expected to be powered by 4,500 mAh battery, with support for wireless and 30 Watt VOOC 4.0 fast-charging. Therefore, you can expect your phone to get fully charged under an hour. The device will offer a 6 GB RAM and 128 GB of internal storage.

The Qualcomm Snapdragon 765G chipset will enhance the gaming experience, offering up to 30 percent improvement in graphics performance. Also, the phone will use a five-dimensional heat-dissipation system to ensure the optimal performance level, even under extreme loads.

It’s also expected that Realme will come up with the Youth or Lite Edition, powered by Snapdragon 730G chipset. Also, the phone could directly compete with the Redmi K30 4G model.