The Problem with Glass Phones 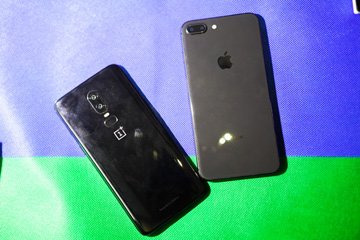 Smartphones have historically been made with 3 materials- plastic, metal and glass. A few years ago, plastic was all there was, with every phone being made from plastic. The plastic of course looked and felt cheaper, but it came with the added advantage of durability. You did not have to worry about shattering your phone because you simply cannot shatter plastic. Even the phone case industry was not as big of an industry as it is now, simply because phones were durable enough and did not need any more protection.

Then came the age of metal. Premium smartphones now started featuring metal, mostly aluminium, builds, which looked and felt night and day better than their plastic counterparts. The original iPhone was made from aluminium and felt way more premium than the plastic Nokia and Blackberry competition. Metal is pretty durable too, although since it is prone to scratching and denting upon being dropped, the popularity of phone cases rose. Dropping a metal phone mostly did not kill your smartphone but it could definitely spoil it’s premium look by riddling it with dents and scratches. Of course metal did not have the wide colour options available with plastic, which could be coloured pretty much any colour the manufacturer wanted. Eventually though, metal took over and almost every major flagship release was made from metal while the budget options were more or less plastic phones.

And then came glass. Some of the first popular smartphones to sport glass builds were the iPhone 4 in 2010 and the Nexus 4 in 2012. Glass was a huge hit with the buying public. Glass looks more premium than plastic or metal. Manufacturers like Samsung completely embraced glass when they finally ditched plastic by introducing the glass built Galaxy S6. In 2017, Apple also replaced the metal iPhone 7 with the glass iPhone 8 and iPhone X. All this comes to 2018, where every flagship phone is now built from glass. LG’s G7, Samsung’s S9 and Note 9, OnePlus 6, Vivo Nex, Oppo Find X, HTC U12, Huawei P20 Pro, you name it. Every premium smartphone released this year is made from glass. Metal in flagships has given way to glass and plastic in budget smartphones has given way to metal.

But with glass phones come a number of problems that were absent or at least less intense in metal and plastic phones.

Of course, these problems don’t apply to you if you are used to covering your phone with a precise piece of plastic, silicon or rubber. I’m talking about phone cases, of course. Almost all of us use them now, to protect our expensive pieces of technology from the hard surfaces of the world.

But what do you think about the material? What’s your favourite out of plastic, metal and glass. Let us know in the comments section below!

All you need to know about Vivo iQOO 3 5G