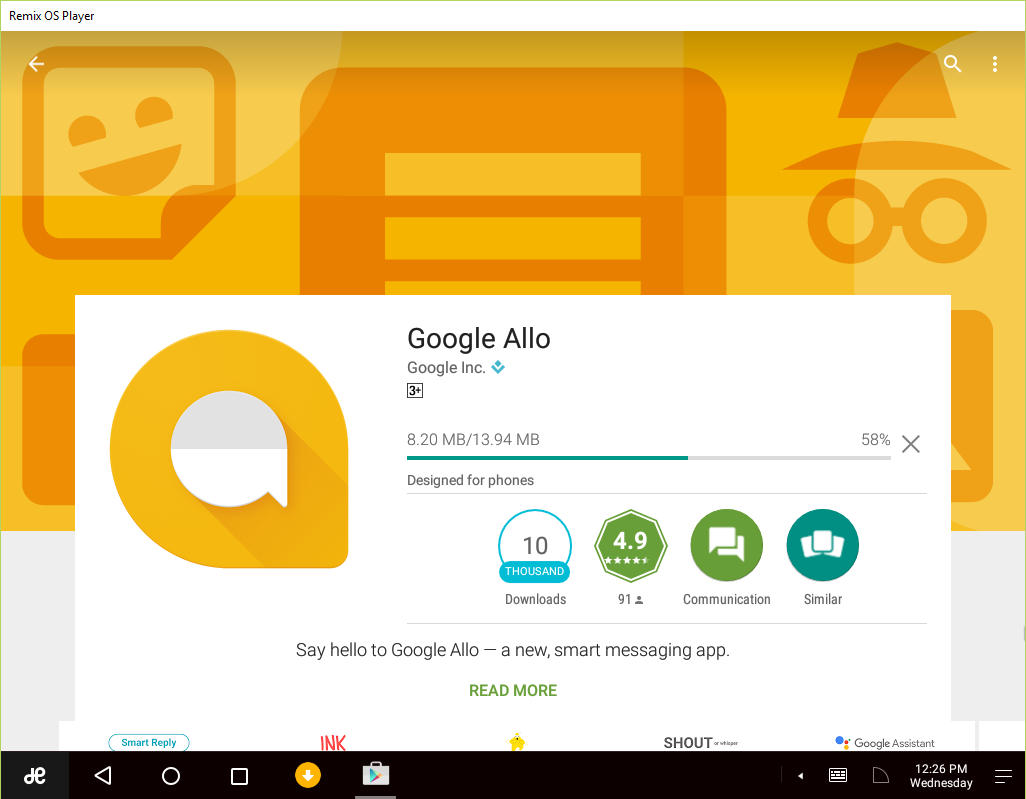 I guess you already know that I am an Apple user. I love my iPhone and all the good things that come along with it – the app store, iTunes, and the one and only Siri. For me, Siri is the ultimate virtual assistant. She is as good as me at setting my alarms, sending messages and finding nearby restaurants for me.

But then Allo came into picture on 22nd September!

And I must say that Mr. Pichai has really outdone himself this time.

Google Allo is just another chat app launched for Andoid and iOS. With a built-in Goggle assistant, it sends messages, makes chat groups, and lets you play with stickers. But does it make you close all other chat-apps and open it specifically? Not Yet!

Taking leverage of Goggle’s machine learning capabilities, The VA enables the user to talk with it, in addition to the chat assistance. But is it enough to tell my friends to leave their social messaging platforms and join Allo? I don’t think so! Not Yet. Like any other decent app, it needs work.

So what’s new in Google’s Allo?

When you install Allo, it piggybanks on your device’s contact list, and if your contacts have installed Allo, it displays the profile picture besides their names. If they have not, there is a blue ‘invite’ button waiting for you to tap. In an attempt to do things differently, google decided to send this message in a different way than its usual link-embedded text message. For iPhone users, it remains the same. Whereas for an android user, Google has introduced so-called “App Preview Notification”. It pushes a notification to your android device, which the user can tap and install, or just swipe it away. Definitely something new on the platter!

You can either chat with the new Google VA or type “@google” to invoke it in any other conversation. Calling it the “Preview Edition” of the assistant, Google hasn’t put a clear definition to its actual use in the Google world yet. Maybe, it has some relation with Google Now (My Nexus had it). Maybe not!

You type in your query, get a couple of follow-up questions, and Voila! You get a thoroughly searched google personalised result. From sending you a poem daily to cracking jokes whenever you want, it gets pretty intuitive. But you need to groom it a bit in the beginning. Speak your name out loud, and do away with the suggestion based questions once they start repeating. Moreover, Google Allo’s VA acknowledges a definite ‘Yes’ with a Thumbs Up smiley and vice versa. Pretty convenient EH?

It simplifies the chatting experience. There are no exaggerated doodles and effects unlike other chatting apps. Just sticker packs, some of which are free and others available for purchase inside the app. You can customize your photos –crop and colour, write text before you send them.

I told you that the new VA is intuitive. It gets better. Whenever you are asked a question by your friend, you get suggested follow-up replies like ‘sure’, ‘yup’, and ‘no’. The same goes for images too. Allo identifies the image emotion and creates one-word appropriate pop-up replies. It even has an ‘Incognito mode’ chat option, where your chats are end-to-end encrypted and not saved on google servers (your un-incognito chats are). To make your incognito messages more clandestine, they are notifications-less and can be set to disappear from anywhere between 5 seconds to a week after they’ve been read.

Google has tried everything from Google hangouts to Google+ to establish its foot in the world of social messaging. But does Allo bring home the trophy?

I can’t say for sure. But it has all the pre-requisites for a successful app in making.

Only time will tell.