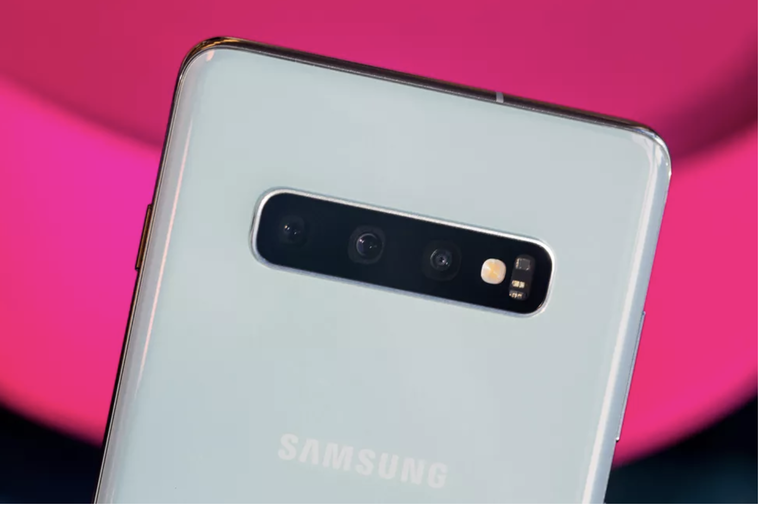 Pre-booking a device is something I always advice against. Not only are you investing a lot of your money on a product that hasn’t yet been tested by third parties, you’re also buying at a price that is bound to drop down after a couple of months. If you really want the product as soon as it launches, get it from a store on launch day. When you pre order, they ship it on launch day so you’ll still get it later than buying from an actual store that day. After debating around with the thought for the better part of an afternoon, I concluded that only utter imbeciles pre order. And so, I pre ordered the Galaxy S10 Plus. Here’s a run down of my overall experience-

This is the part that broke my heart. At the launch event, Samsung boasted of increased battery capacities in all the models. This coupled with the new generation processor should have translated to better battery life. Well it did, but only for our friends in the North American continent. The Galaxy S10 with the Snapdragon 855 has significantly better battery life than the Exynos version that the rest of the world gets. This is not new, considering that the exact same thing happened with the Galaxy S9 last year. I was really hoping Samsung would have fixed this by now and there won’t be any noticeable difference. Unfortunately, I was wrong. Unexpectedly high battery drain with lots of it when the phone is kept idle meant that the phone barely lasted me a day’s use. Now you can argue that getting a day’s worth of usage is still okay by today’s standards, but when I invest in a phone with such a large battery, I like to have as much endurance as possible.

I've been using the Exynos 9820 variant of the Samsung Galaxy S10+ since launch and averaging about 4-5 hours screen on time.

Finally got the Qualcomm Snapdragon 855 variant and this is the screen on time after my first full day of using it… 🤔 pic.twitter.com/KhKEhMivzI

The performance of the phone is fine. If you’re coming from a Galaxy S8 or older, you will definitely notice improvements in the overall fluidity of the software. Upgrading from anything older than the S8 will be huge. Samsung’s OneUI is a huge step up from Samsung Experience and while there are a few tiny niggles here and there, I’m a huge fan of Samsung’s new approach to software. The UI looks slick and modern and the added functionality is appreciated. You can even remap the Bixby button now! Most of the applications wrap nicely around the camera cut-out but games like PUBG Mobile just leave a black bar there which is fine but definitely not the most elegant solution. All in all, the Galaxy S10 is a beast of a phone and you won’t be complaining about the performance.

Let’s come back to another controversial aspect of this phone. The Ultrasonic fingerprint sensor. Now don’t get me wrong, it is great that Samsung has decided to advance the in-display fingerprint sensor and best the optic sensor found in the likes of OnePlus 6T and Huawei Mate 20 Pro. But why do we need to work on something that is already perfected? The ultrasonic fingerprint sensor may be more fancy and cutting edge than a regular physical sensor but do we really need it, especially when there is a definite downgrade in performance? The ultrasonic fingerprint sensor is okay when it comes to reliability and pretty average when it comes to speed. It is slower than TouchID on the iPhone 6S and even the optic sensor on the OnePlus 6T, although by very less. To it’s credit, it is still more reliable than the unit on the OnePlus 6T, but why bother changing something that has been working flawlessly since the Galaxy S6? In my tests, the fingerprint sensor on the Note 9 was always more reliable and faster than the S10 Plus. The Galaxy S10e which is supposed to be a downgrade in every way, provides a way more satisfying biometric solution.

Well, stop making a big deal out of it, Rohan. Just use face unlock. That’s even worse. The Iris Scanner on Galaxy S9 and Note 9 ensured that the face unlock feature was secure. The Galaxy S10’s face unlock has been repeatedly fooled by pictures and even videos of the user. This is a major security hazard and it would be much better to just use a good ol’ pattern.

Nothing much to say here. It’s Samsung. They have pretty much perfected the display manufacturing process. Amazing display. Blows away the competition. Not a noticeable difference from previous Samsung panels but a huge step up from something like the LCD panel of the iPhone XR and mediocre OLED panel of the Pixel 2 XL. If you’re not using a previous Samsung flagship or an iPhone X/XS, you are going to be blown away by how good this display is.

The Galaxy S10 5G is Galaxy S10 Plus on steroids. You get a 4 camera array with an additional Time of Flight sensor on the back, there is a larger 4500 mAh battery, a larger 6.7 inch display, next generation RAM and storage and of course, 5G cellular connectivity. What’s surprising is that Samsung has officially announced that this phone will launch on 5 April in South Korea and shortly after in the United States. That’s just a month after the Galaxy S10 went on sale. To add to it, the price of the Galaxy S10 5G will be the same as the 12GB+1TB model of the S10 Plus. Samsung will also throw in free Galaxy Buds (worth $159) and a 50% discount on a one-time screen replacement valid for one year. This is bound to piss off many S10 Plus early adopters who could’ve gotten a lot more for not a lot of extra money.

All in all, I would still recommend the Galaxy S10 to a lot of people. It’s still a fine phone, but what makes me feel so strongly about it is the fact that it could have been so much more. The Galaxy S10 5G coming way earlier than expected at a price cheaper than anticipated is just adding more fuel to the fire. To be honest, if only Samsung had fixed the optimisation issues with the Exynos 9820 processor, I wouldn’t have been this sour about my experience. The fact that there are Galaxy S10s out there with Snapdragon 855 that work so much better makes me wonder why Samsung cannot just chuck the Exynos and go with Snapdragon in the global variant. Every other aspect of the phone ranges from very good to amazing.

Will I still recommend the phone?

Well, not to everyone. If my Galaxy S10 Plus had terrible battery life, I fear what the endurance will be on the Galaxy S10 and S10e.  For an average non-power user who is not concerned about the budget, the S10 still makes a compelling deal with a modern and beautiful design, amazing display and overall satisfying experience. But until Samsung releases a software care package to fix the Exynos optimisation issues, I’ll continue to recommend this phone, but with a warning.

Netflix not working on Android? Here’s how to fix it