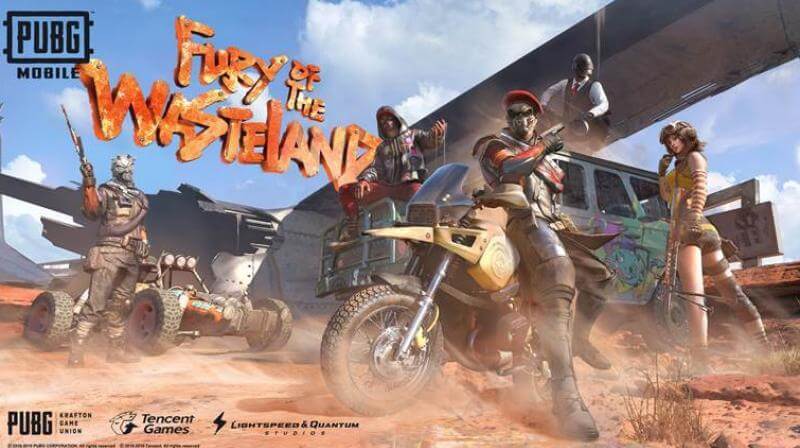 PUBG Mobile Season 10 has been released on November 9, 2019, with the “Fury of the Wasteland” theme. In the new season, the Battle Royale introduced new weapons, features, and some game-in improvements. This update offers some limited-time perks to players and will disappear in a few days.

The update requires approx. 0.21 GB of storage space on Android devices and 0.24 GB on iOS devices.

The players who will update to the new version between 8 to 14 November will get some exclusive rewards like 20 Silver, 2000 BP, and 1 Blue Glider Trail.

The all-new MP5K is a portable SMG that appears only in Vikendi, replacing the Vector. It has a high rate of fire at 900 RPM, outstanding anti-recoil capabilities, and has a base damage of 33. MP5K can be equipped with all the attachments including Mags attachment, Tactical Stock, Scopes, Laser lights, and Foregrips.

The update also brings a new vehicle called Zima which is a hatchback car with a carrier on top of it. Zima is slower than other vehicles but is more resistant to damage and easier to drive than other 4-wheeled vehicles.

A new exclusive map is now live and is hidden in a forest. With winding paths and dense vegetation, the players can go head-to-head with enemies or can work together to set up a stronghold.

A new character is coming soon!

A report suggested that season 10 will introduce a new female character called Sara. The new character is in addition to Victor, that was introduced in the August update. Sara will come with a variety of new costumes, emotes, and catchphrases, all of which can be unlocked by completing missions.

Sara will have a tactical advantage in vehicles. Also, it is stated that the advantage will only be live in EvoGround settings such as Payload Mode and Team Deathmatch.

How much the Season 10 Royale Pass costs?