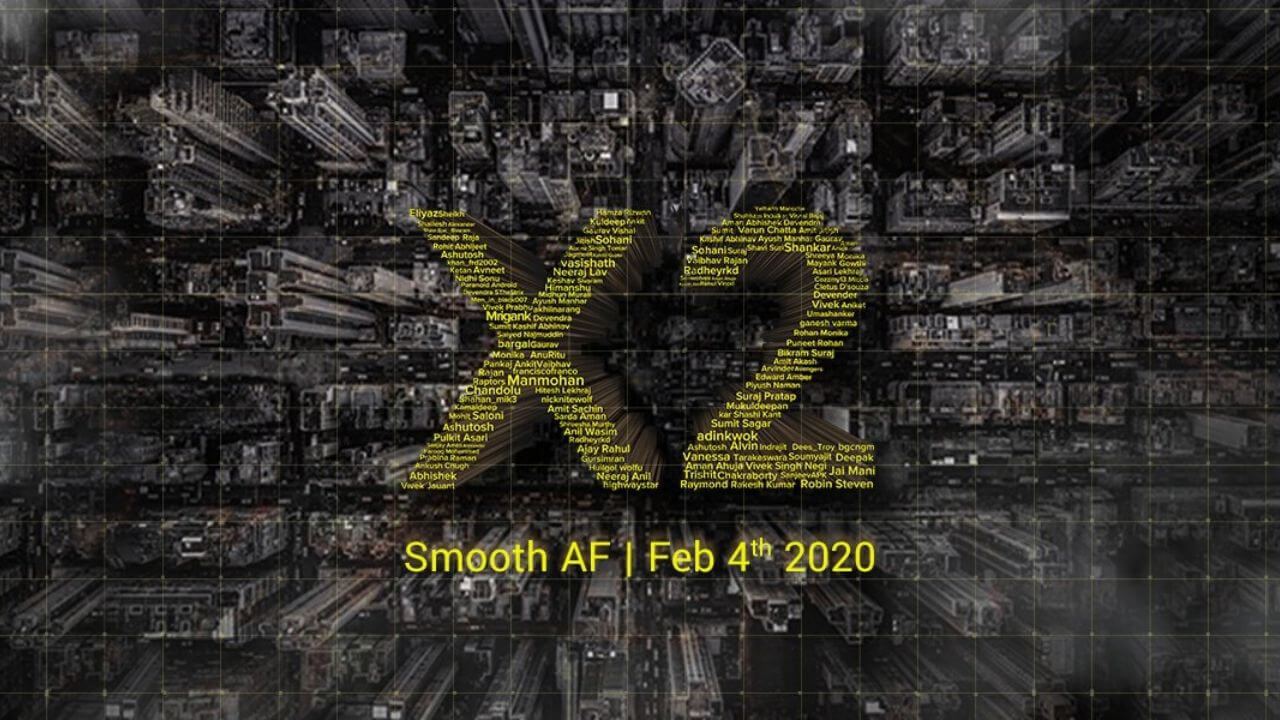 POCO F1 was a huge success considering that it was the first phone launched by the company. Next-in-line is the new POCO X2 which is expected to be launched in Delhi by 4th February. The company earlier confirmed that the brand will work independently, leaving behind their previous affiliation with Xiaomi. The brand has been marketing the product independently on Twitter and calls it “Smooth AF”.

#120HzDisplay is amazing AF, we know that you need more. Here's the hint for all the #POCO fans who asked us, what about battery?

The phone has a quad-camera setup with a 64MP (f/1.89) primary camera supported with 2MP (f/2.4) portrait lens, 8MP (f/2.2) wide-angle lens, and 2MP (f/2.4) macro lens. It will feature a dual-camera setup at the front with a 20MP primary camera followed by a 2MP camera. The phone has a similar camera quality as Redmi K30 which adds up to the rumor.

The Poco X2 will have a 4500 mAh battery and will be supported with fast charging and liquid cooling. POCO X2 will support dual sim cards and will have a 64 GB inbuilt storage which can be extended up to 256 GB.

The device is said to be powered by a Qualcomm Snapdragon 730G processor. The phone has a 2.2GHz octa-core processor that runs on Android 10 and comes with 6GB RAM which ensures a “SmoothAF” gaming experience.  It is expected that the phone will have a fingerprint sensor, face unlock, 3.5mm audio jack and Type C USB port.