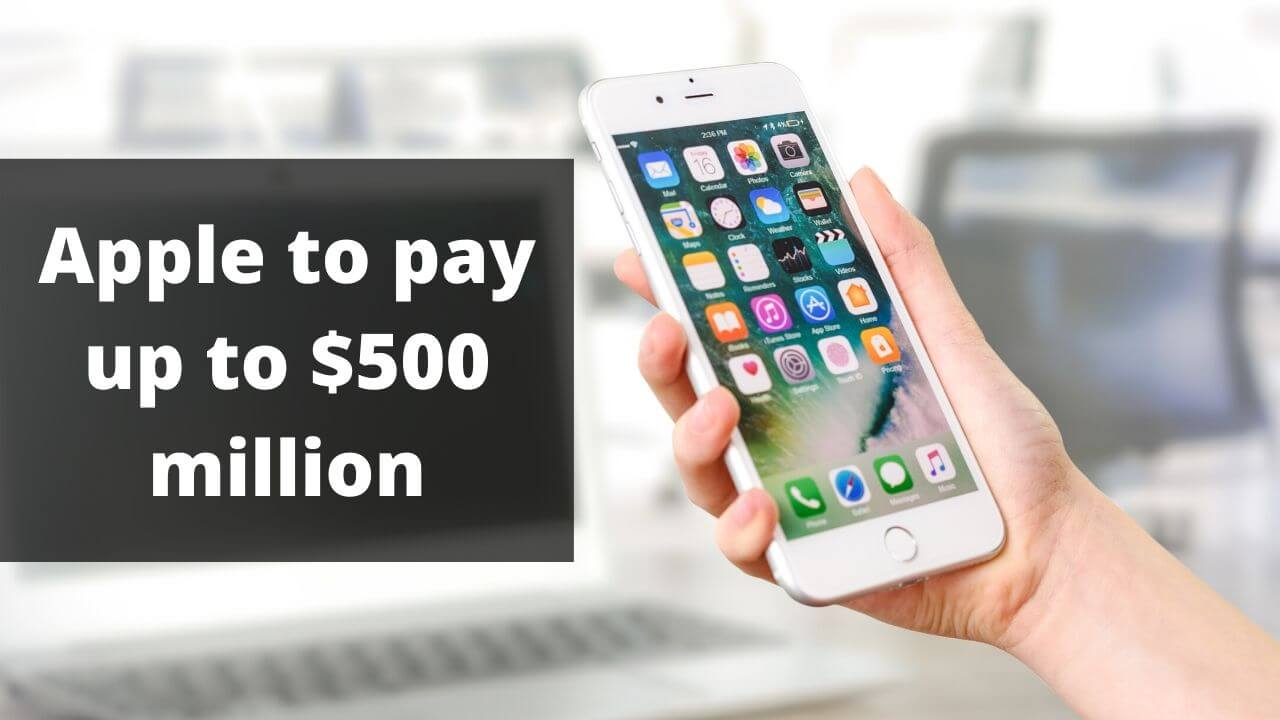 Apple has agreed to pay up to $500 million to settle a long-running, multiple class-action lawsuits for deliberately slowing down older iPhones, to force customers to buy the newer models. The company will pay around $25 per iPhone, and it can be adjusted up or down depending on how many phones are eligible.

Apple denied the wrongdoing and said it agreed for the settlement to avoid the burdens and costs of the legal processes.

Why did Apple slow the older iPhones?

Back in 2017, Apple agreed that it had been slowing down the performance of the older iPhones. Apple said it had started this practice in 2016 to compensate for the battery degradation; rather than forcing people to upgrade to the newer models.

According to Apple, factors like natural battery degradation, cold climate, and low charge can adversely affect the performance of the iPhones. As a result, it implemented the slow-down policy to counteract the effects.

Apple added, as the lithium-ion batteries age with time; they become less capable of supplying the peak current demands to the device. As a result, your iPhone can unexpectedly shut down to protect its internal components.

So, it released a software update for iPhone 6, 6s and SE to smooth out the battery performance.

Even if the explanation made sense, the result of the policy was not acceptable at all. The company could have adopted some other measures to benefit its users, rather than penalizing them.

It got confirmed that Apple deliberately slowed down the iPhones in the name of smoother battery performance when a user shared his performance tests on Reddit. It showed that after updating the software, the iPhone had slowed down; and suddenly speeded up again after replacing the battery.

Several customers filed lawsuits, accusing Apple of slowing down their iPhones in 2017 and 2018. To appease the customers, Apple offered to replace batteries of the affected phones at $29, which was originally $79. The company also introduced an iOS feature to do away with the performance shutdown. After that, with iOS 11, Apple allowed you to see the detailed information about your iPhone’s battery.

In 2018, Italy asked Apple to pay a fine of $11.4 million. Last month, France’s competition and fraud watchdog DGCCRF slapped Apple with a fine of $27 million for slowing down the iPhones without informing the users. As a part of the agreement, France wanted Apple to display a notice on its French website saying- It had committed the crime of deceptive commercial practice by omission and had agreed to pay the fine.

Now, as a part of the class-action lawsuit, Apple agreed for a preliminary settlement of $500. The settlement still requires the final approval by the US District Judge Edward Davila in San Jose, California. The proposed terms were disclosed on Friday that Apple may end up paying $25 per device.

Which iPhones are covered under this settlement?

Although the fine of $500 million wouldn’t bother a well-heeled company like Apple, the outcome will show the need of being transparent to your customers.

Here’s what the iPhone XS, XS Max and XR will cost in India!