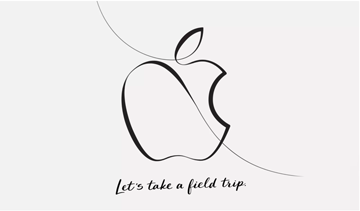 Apple Events are always met with a feeling of excitement and frenzy as new products are unveiled. Apple just announced an event on 27th March, 2018 which will be based on Education and focus on “creative new ideas for teachers and students”.

The invitation is minimal, just a stylised Apple Logo and the phrase, “Let’s take a field trip”. Interestingly, the event won’t take place at Apple’s new Apple Park Campus but at a high school in Chicago.

Multiple reports suggest that Apple will be refreshing the Macbook Air, which is Apple’s cheapest laptop and long due for an update. The updated version might sport beefier specs and a high resolution, retina display.

Reports also suggest that a new low cost iPad will be unveiled at this event. This iPad will be cheaper than any of the iPads on sale right now and will be geared specifically at students and teachers. Apple has expressed multiple times how it wants the iPad to be an integral tool in Education.

Both of these devices will allow students and teachers to take advantage and be a part of Apple’s eco-system without having to spend a lot on Apple products.