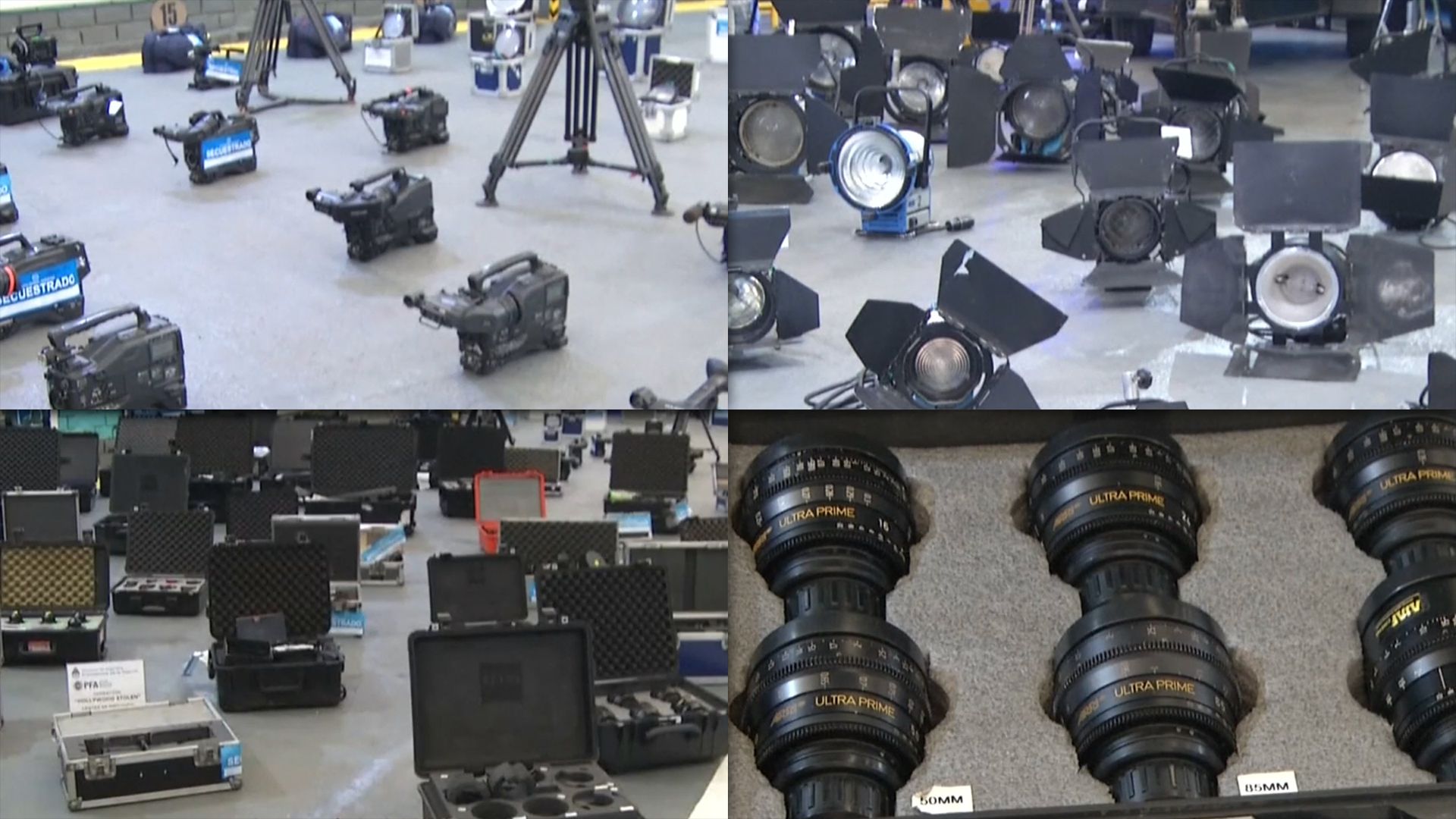 Okay, I admit it. I am a gearhead and not everything that I want is reachable. This desire might or might not have led to a series of fantasies about just stealing some really cool stuff. But it was nothing more than fantasies. A little something here and there but let’s limit it to fantasies.

But looks like some guys just couldn’t keep to fantasising when they actually went ahead and stole $3,000,000 worth of Hollywood Film Equipment. Apparently, the theft was not a huge heist of some kind but more of stealing little by little until it amounts to something huge. The criminal operation was busted by a combined effort of the FBI, US Police, US Embassy and Argentinian Federal Police.

If you’re curious to know what the haul consists of, it’s mostly Arri Equipment with a fair sprinkle of Canon and Sony here and there. The Argentinian police force says that the equipment was primarily being stolen from Hollywood and other US cities and then sold to local gear rental companies in Argentina. You can also checkout this video posted by Sky News which gives you a look at the massive haul.

If you’ve been pondering what you could’ve bought with a 3 million dollar B&H gift card, here’s a list of the recovered equipment-

If you think about it, this operation must have been going on for years to accumulate such a massive pile of stuff. And this is just what has been recovered, not what has already been sold to the gear rental companies. It must have been quite the effort to smuggle all of this out to another country.

So far, four people have been arrested in the US with 17 suspects in Argentina.