Are Smartphone cameras really getting better? 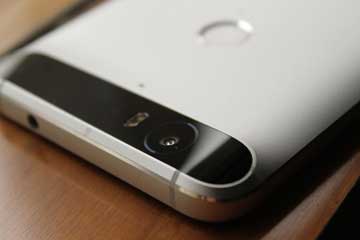 Back when the Galaxy S9 was announced, Samsung revolved all their marketing around it’s camera. The camera was supposed to be an overhaul from all the cameras that were currently dominating the market and Samsung pushed the message forward with its “The Camera. Reimagined” campaign. While the phone did eventually turn out to be the first to have a variable aperture, let’s focus on the end results.

To find out we dug through a number of photo comparisons to see how better are the newer cameras from their previous iteration. It took us hours and hours of reading and comparing to come to a conclusion.

But before that, to put things into perspective, here are a couple of videos by Moment, the smartphone camera lens manufacturer, which really go on to prove our point.

This video goes on to show that even though the Galaxy S9’s camera is a generation ahead from the Galaxy S8(and Note 8), which camera takes better pictures is still a matter of preference and there’s not a clear cut preference of one over the other.

Of course, the iPhone X has a better camera than the iPhone 6S. Technology advances rapidly and these smartphones were launched 2 years apart. But, the iPhone X being better is no surprise. The surprise here is that the iPhone 6S still holds up fairly decently against the iPhone X. It makes you think whether you really need that upgrade or is your current smartphone just good enough. Do check out Moment’s other videos on their YouTube Channel. They make excellent content, we’re sure you would enjoy it.

To conclude, we’d just like to say that in the smartphone industry, newer almost always means better. The same goes with the cameras. But sometimes you have to ask “How better?” If the differences are actually significant for you, give it a shot. Otherwise, spend wise and save some dough.